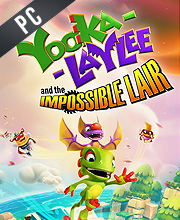 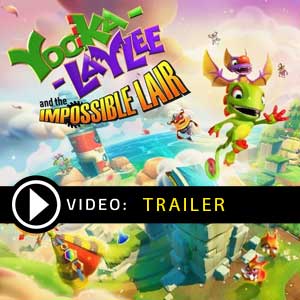 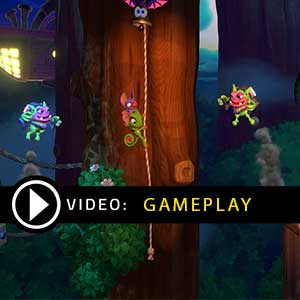 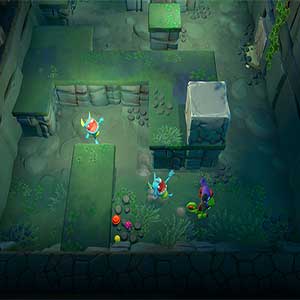 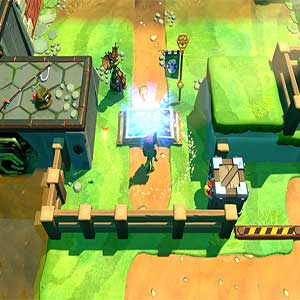 You can participate to these tests by adding comments about your digital download purchase in the store review page. Enjoy the best deals for Yooka-Laylee and the Impossible Lair CD Key with Allkeyshop.com!

Yooka-Laylee and the Impossible Lair is an adventure video game that is developed by Playtonic Games and published by Team17 Digital Ltd.

Get to play once again as Yooka and Laylee as they take on a new adventure together. The evil Capital B is up to no good again. Capital B is planning to use the “Hivemind” device so that he can enslave the entire kingdom of bees. To put a stop to his evil plans, Yooka and Laylee must go to the Impossible Lair and bring the fight to Capital B.

This task may be hard, but you can ask for help from Queen Phoebee as well as the Royal Betallion to help you out.

Offering a 2.5 D platforming game that has rich visuals with beautiful levels that has both details and depth. There are a lot of colorful characters to meet both good and bad, and they are all realized in beautiful 2.5 D.

The Overworld, on the other hand, is 3D where you can hop from level to level offering a different gaming experience. Get to unlock all the 2D levels by completing all the puzzles and objectives. Find all the collectibles and make sure to rescue the Betallion Bees in the process.

A whole new adventure awaits with Yooka-Laylee and the Impossible Lair.

Be the first one to write a review about Yooka-Laylee and the Impossible Lair !

Cute little looking platformer – and I like Team17; they really deserve all the praise possible 🙂

This game looks very nice and entertaining! I will see it!

cool game to be smooth. the fun is back.
good prices! HF

Very nice and cute adventrure game, the graphic is very good. Allkeyshop will sure bring us best price.