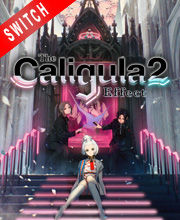 What is The Caligula Effect 2 Game Code?

It's a digital key that allows you to download The Caligula Effect 2 directly to Nintendo Switch directly from Nintendo eShop.

How can I find the best prices for The Caligula Effect 2 on Nintendo Switch ?

Allkeyshop.com compares the cheapest prices of The Caligula Effect 2 on the digital downloads market to find the best sales and discount codes on trusted stores.

The Caligula Effect 2 is a role-playing video game similar to its predecessor, The Caligula Effect. The story goes around Regret, a mysterious virtuadoll, has created the world of Redo in order to save people from their past regrets and pain by imprisoning them in a simulation. Everything seems normal until when another virtual entity called χ breaks into Regret’s virtual reality and restores a high school student’s memories of the real world. χ looks like another villain in the making, but what she will reveal will shock you. This is a virtual reality, this is not the truth! Find out the truth behind Regret’s Redo world and how you could escape it!