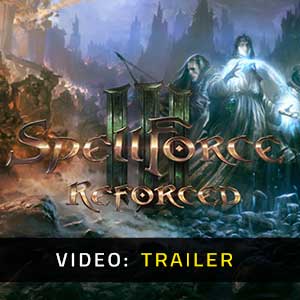 What is SpellForce 3 Reforced CD key?

It's a digital key that allows you to download SpellForce 3 Reforced directly to PC from the official Platforms.

How can I find the best prices for SpellForce 3 Reforced CD keys?

EPIC GAMES KEY : Region Free / Worldwide. Requires Epic Games Launcher App in order to play the game. You need to create a free account here in order to download SpellForce 3 Reforced from Epic Plateform . Read the description on the store page about any language or country restrictions.
STEAM CD KEY : Use the Steam Key Code on Steam Platform to download and play SpellForce 3 Reforced. You must login to your Steam Account or create one for free. Download the (Steam Client HERE). Then once you login, click Add a Game (located in the bottom Left corner) -> Activate a Product on Steam. There type in your CD Key and the game will be activated and added to your Steam account game library.
Standard Edition