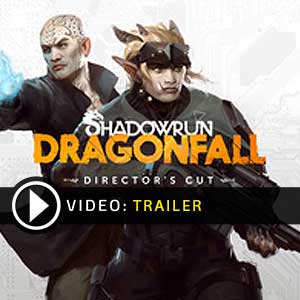 It's a digital key that allows you to download Shadowrun Dragonfall Directors Cut directly to PC from the official Platforms.

How can I find the best prices for Shadowrun Dragonfall Directors Cut CD keys?

Allkeyshop.com compares the cheapest prices of Shadowrun Dragonfall Directors Cut on the digital downloads market to find the best sales and discount codes on trusted stores.

Shadowrun: Dragonfall – Director’s Cut burst from 2013’s Shadowrun Returns like a blood-and-titanium phoenix. It is an excellent turn-based role playing game made by Harebrained Schemes.

Dragonfall happens in magical cyberpunk Berlin, home of numerous gangs and corporate interests. The first run is a rabbit hole into something far more complex. In this case, a simple burglary burst out into a conspiracy. The game revolves around the Kreuzbasar, a self-ruling region in the middle of Berlin’s urban chaos. The place is not only a hideout or a resting place for the crew of shadowrunners, it is also a community to exploit, protect and build.

The hero’s persona and skills are based on the player’s choices. It is beyond dangerous to go on your own, so teaming up with a group of dangerous, flawed criminals is the way to go. Earning their trust needs sharp situational alertness. Ascertaining your leadership to your teammates gives complexity to each moral decisions.

The director’s cut is the peak of this evolutionary leg. It’s hard-wired with enough features to run like a top-of-the-line pleasure rig. It is a great game packed with drama, atmosphere, theft, and intrigue.