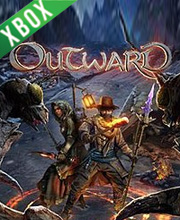 What is Outward Game Code?

It's a digital key that allows you to download Outward directly to Xbox One from Xbox Live.

How can I find the best prices for Outward on Xbox one?

Allkeyshop.com compares the cheapest prices of Outward on the digital downloads market to find the best sales and discount codes on trusted stores.

Outward is an open-world RPG where the cold of the night or an infected wound can be as dangerous as a predator lurking in the dark.

If you can look past what’s skin-deep and come to terms with Outward’s combat for what it is, you’ll find the foraging, crafting, striving survival sim you’re looking for.

If you want to be more challenged, do not be fazed by this DLC. Weapons and tactics will not be enough – you will need prayers in this one.