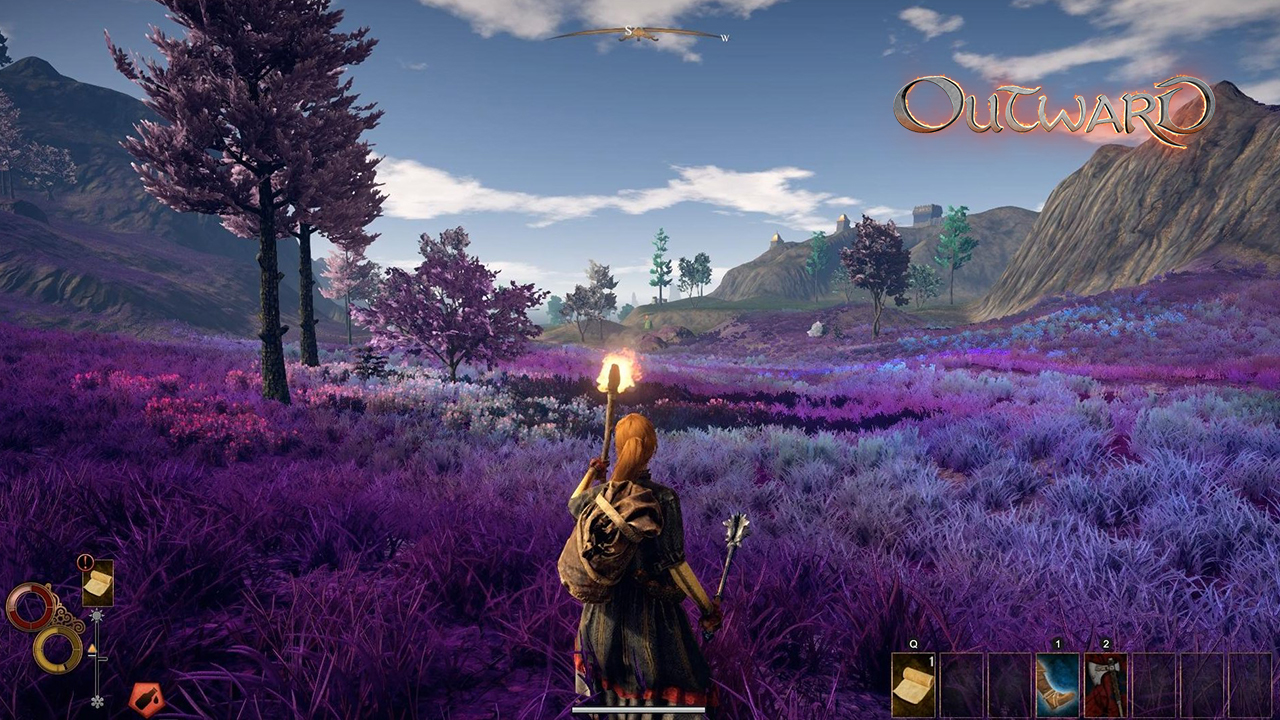 The adventurer life simulator from Nine Dots Studio called Outward has finally launched and people have finally started to immerse themselves in its massive world and various intricacies. To celebrate the milestone, the devs have released a new trailer that gives a glimpse of the game’s different environments, the combat, and its splitscreen co-op mode.

A lot can be told about the game’s world. It’s regions are massive and you’ll definitely find yourself walking a lot. It’s a good thing that it’s easy to love the game’s art style and that the enemies are varied and challenging. Still, it definitely makes all the difference if you’ve got a second player to share the journey with. That’s probably why Nine Dots saw it fitting to ship the game with splitscreen co-op built in.

Outward fills a void for a certain group of gamers. It combines Souls-like combat with a full RPG experience. That being said, Nine Dots definitely took a lot of risks with how they designed this game. There’s a lot of mechanics that will definitely not sit well with those not looking for a hardcore experience, but it definitely checks a lot of boxes for those looking for a truly immersive experience.

One thing’s for sure: This is one of those games you really have to try first to see if it’ll be a good fit for you. The good thing is it’s definitely worth at least a try.

Outward is out now on PC, Xbox One and PS4. Purchasing the game before 2PM CET on April 2nd will net you a free Pearlbird pet and the Fireworks skill.