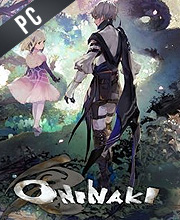 What is ONINAKI CD key?

It's a digital key that allows you to download ONINAKI directly to PC from the official Platforms.

How can I find the best prices for ONINAKI CD keys?

Allkeyshop.com compares the cheapest prices of ONINAKI on the digital downloads market to find the best sales and discount codes on trusted stores.

Oninaki is an action role-playing game developed by Tokyo RPG Factory, the people behind I Am Setsuna and Lost Sphear, and published by Square Enix.

In the game, players will take on the role of Kagachi, a Watcher with the power to manifest the souls of Daemons for battle. These Deamons each have unique weapons and abilities that can be used to adapt to different combat situations.

The story revolves around life and reincarnation. Players will have to move between the Living World and the Beyond (the realm of the dead) while trying to save the souls of the Lost.

Combat in the game is presented in real-time with Kagachi having the ability to switch between different Daemon forms on the fly. Unlock different skills from your Daemons and be ready for every enemy you encounter.

Zoom 1m 3m 1y All
Track product
STEAM CD KEY : Use the Steam Key Code on Steam Platform to download and play ONINAKI. You must login to your Steam Account or create one for free. Download the (Steam Client HERE). Then once you login, click Add a Game (located in the bottom Left corner) -> Activate a Product on Steam. There type in your CD Key and the game will be activated and added to your Steam account game library.
Standard Edition
Compare Choose & Buy Download (803)

If there is anything that stands out about Oninaki, then it is his visual style, that is. his presentation. I really liked the warm color palette and the atmosphere which is extremely melancholic and nostalgic

I really like the art-style! Though I don’t think I’ll buy it at launch.

Nice look japanese RPG, i will sure buy when there will some good deal.