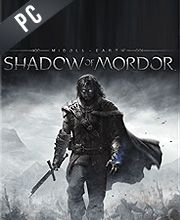 What is Middle-Earth Shadow of Mordor CD key?

It's a digital key that allows you to download Middle-Earth Shadow of Mordor directly to PC from the official Platforms.

How can I find the best prices for Middle-Earth Shadow of Mordor CD keys?

Allkeyshop.com compares the cheapest prices of Middle-Earth Shadow of Mordor on the digital downloads market to find the best sales and discount codes on trusted stores.

Middle-Earth: Shadow of Mordor may be one of the most beautifully crafted games of the year 2014!

Many expectations were hugely surpassed by this awesome game. The main storyline is great and the overall plot is interesting. The story takes place between the events of J.R.R. Tolkien’s The Hobbit and The Lord of the Rings.

The player takes on the role of Talion, the Ranger Captain serving the garrison at the Black Gate of Mordor. When Sauron’s Orc army attacked the Black Gate, Talion was on the verge of dying when Celebrimbor accidentally merged with him.

Talion and Celembrimbor then went on a journey to uncover the true identity of Celebrimbor and seek revenge on Sauron.

Fight through Mordor and uncover the truth of the spirit that compels you, discover the origins of the Rings of Power, be a legend and crush the evil of Sauron in this battle for Middle-Earth. Destroy all evil in Middle-Earth: Shadow of Mordor!

Bonus: Includes The Dark Ranger DLC. (Can be different or change over time for each seller. Please refer to the seller’s website)

All Middle-Earth Shadow of Mordor DLCs…

EU STEAM CD KEY: Requires an EUROPEAN IP address or you must activate it with a VPN (Virtual Private Network) in order to play Middle Earth Shadow of Mordor. Might have languages restrictions or language packs. Read the description on the store game page to know if the EU IP is only needed for activation or for playing also (maybe on EU Servers). Most of the stores offer you their help, or show you how to do this with a tutorial to follow.
STEAM CD KEY : Use the Steam Key Code on Steam Platform to download and play Middle Earth Shadow of Mordor. You must login to your Steam Account or create one for free. Download the (Steam Client HERE). Then once you login, click Add a Game (located in the bottom Left corner) -> Activate a Product on Steam. There type in your CD Key and the game will be activated and added to your Steam account game library.
STEAM KEY ROW : It means for Rest Of the World countries which are not concerned by the region restrictions. This product can't be purchased and activated in Several countries. Please read the store description to know the full list of countries which are concerned. Use the key to Download and play Middle Earth Shadow of Mordor on Steam.
Bonus Edition
Bundle
Game Of The Year Edition
Premium Edition
Standard Edition
Standard + DLC
Standard + Season pass
Compare Choose & Buy Download (689)

Just bought it for 1,52€ including PayPal fee from G2play and all worked flawlessly, as did the 3% coupon 😉

Easy buy, good price whit the GOTY only 3,50€ thanks AllKeyShop!

Maybe the best game for his price, it’s absolutelly the king of stealth kill with so many ways to finish your opponents!