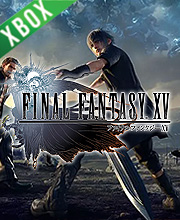 What is Final Fantasy 15 Game Code?

It's a digital key that allows you to download Final Fantasy 15 directly to Xbox One from Xbox Live.

How can I find the best prices for Final Fantasy 15 on Xbox one?

Allkeyshop.com compares the cheapest prices of Final Fantasy 15 on the digital downloads market to find the best sales and discount codes on trusted stores.

However, the concepts behind the names of this mythology are deliberately basic so that the designer has a personal and original interpretation. For example, FNAC-FF mythology simply states that such a deity created the Fal’Cie and l’Cie without giving details on the nature, behavior or appearance, leaving the field open to extending this changing world and propose new characters.

This new album will be the opposite of Final Fantasy XIII which offers a rather fantastic story and contains many humorous scenes or light and a linear and rigid gameplay. While Final Fantasy XIV has a rather realistic story containing many grave and serious scenes and an open and flexible gameplay (a world map allowing free movement and vast scenery).

You will have the opportunity to control Noctis, a prince who will be responsible for recovering the Cristal and protect his people, accompanied by Ignis, Gladiolus, and Prompto. You also will meet the beautiful Stella and many secondary characters during your journey. The travel will be more open than in other installment in the series with a world map system allowing travel and much wider decors than before.

The combat system will be also change and turns to a more dynamic system leaving the turn by turn system and borrowing the one from FF XII. A more realistic approach to a fantasy world will give you a deeper experience of this well-known universe and appreciated by all.

Just amazing this is how you can describe this game , i thoroughly enjoyed it .

Its not that bad game , i havent tried it yet but have seen alot of video i bet u gonna like it and its on a pretty good sale so hurry up get it i’ll for sure