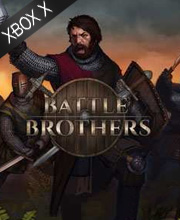 It's a digital key that allows you to download Battle Brothers directly to Xbox Series X from Xbox Live.

How can I find the best prices for Battle Brothers on Xbox Series X ?

I’ve experienced many strategy titles and turn-based games, yet Battle Brothers stands out. It’s unbelievably difficult while being super rewarding. Moreover, no playthrough is ever the same, and this keeps you playing.