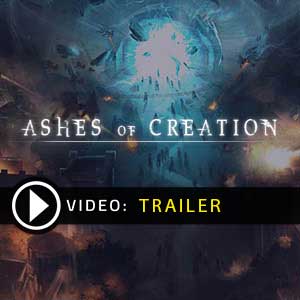 What is Ashes Of Creation CD key?

It's a digital key that allows you to download Ashes Of Creation directly to PC from the official Platforms.

How can I find the best prices for Ashes Of Creation CD keys?

Allkeyshop.com compares the cheapest prices of Ashes Of Creation on the digital downloads market to find the best sales and discount codes on trusted stores.

Presenting the world that actually lives! It will breathe and react to whatever you do. Choices are yours to make in the game, like getting to choose your race, gear, the evolution of the game’s civilization… everything is placed in the player’s hands.

Also, a dynamic cycle of seasons will be available. Experience beautiful autumns and harsh winters. All of these will react to whatever you do in the game.

Since the Ashes of Creation is living and breathing, all the choices made will lead to changes that ultimately has consequences. An example of this is when a volcano erupts in the game, it will permanently change the landscape forever. So you and other players will mold whatever allies or enemies or conflicts that will arise in the game.

This is made possible by a Node System that will let the system react to how you as the player evolved the game. From the politics, economy, story and races as well as classes. You will have the freedom to create your destiny.

All of these and so much more! Ashes of Creation will bring back the word Massive in the games of Massively Multiplayer. Made by gamers for gamers, so you are sure to have a grand time playing.

Ashes of Creation is currently on Kickstarter and promises reward packages to all who will help them bring this amazing game to life.