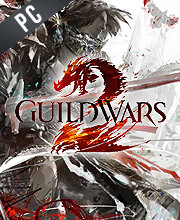 What is Guild wars 2 CD key?

It's a digital key that allows you to download Guild wars 2 directly to PC from the official Platforms.

How can I find the best prices for Guild wars 2 CD keys?

Allkeyshop.com compares the cheapest prices of Guild wars 2 on the digital downloads market to find the best sales and discount codes on trusted stores.

I can count on two hands the games I’ve loved as much as I now love Guild Wars 2. This isn’t just a great example of the genre and arguably the Second Coming of MMOs. It isn’t even just one of the best games I’ve ever played. This is what happens when a group of talented, smart, dedicated, imaginative, bold, consumer-friendly creators get together and spend years solving problems and making something wonderful.

Guild Wars 2 is a staggeringly ambitious project that makes a bold statement about the future of the MMORPG. It is living proof that a game of this manner can thrive outside of the subscription business model and the genre’s established conventions.

Guild Wars 2 surpasses the original in every aspect, from its massive and atmospheric world to its addictive and engrossing gameplay.

Guild Wars Heroic Edition includes the base game, one suit of armor, and more!

This DLC is the first Guild Wars 2 expansion that enriches the history of Tyria.

Very nice game guys I love this game and i want this the best game ever!

Cool game! CDKeys has a really great deal for the Deluxe Edition.

The game is free to play, i really that who would buy this.

The graphics are a delight to look at ( especially considered the first game was made in 2005 ! ) , great gameplay, interesting and fun character creation and skill system. I am really falling in love with this game!
I also play D&D online, and I love that game too. The big differense between these two is definately to GW`s advantage: GW has a way better story(ies), it is much easier to play single ( which I prefer, and many with me),
– And : You buy the game once, and then it is fully paid ! With D&D online and most other MMORPGs , you have to pay a fee continually .
Think I`m gonna play this for years! :)))

the cheapest store to get GuildWars 2, recommended