15 of the Best Upcoming 2021 PS5 Games and Compare Prices

“You want to play an Upcoming 2021 PS5 Games, but don’t know which one to choose?

Luckily Allkeyshop is here to help you with this top 15 of the best Upcoming 2021 PS5 Games!”

Battlefield 2042 moves the series back to modern warfare and features 128-player battles. You can choose your class, fight on the ground in vehicles, or take to the air in jets and helicopters. There are returning game modes and all-new ones, and dynamic maps that change as the battles unfold.

From the creators of Left 4 Dead comes a new cooperative first-person shooter about surviving a deadly parasite. Fight through a dynamic campaign with up to three friends as one of the eight customizable survivors called Cleaners. Jump into competitive PvP and play as both the Ridden and Cleaners and utilize unique abilities, weapons, and specialties to claim victory.

Die, die, and die again as Colt, an assassin tasked with taking out eight targets before midnight. Failing to eliminate all targets will result in a time loop resetting the work done and forcing Colt to start again. Play the game in single-player, or join a random player’s game online and play as Julianna, an agent tasked with stopping Colt from destroying the time loop.

4.Marvel’s Guardians of the Galaxy

The game is a third-person action game featuring all the iconic characters from Guardians of the Galaxy. The fate of the universe is in the balance and the only ones that can save it are you and the other Guardians. Characters include Drax, Rocket, Groot, and Star-Lord.

Demon Slayer is a fast-paced 3D fighting game that features an adventure and versus mode. There are multiple characters to unlock, in-game costumes, and dozens of avatars.

The next level of open-world extreme sport is here, giving you the chance to take on snow-covered mountains, canyons, and valleys by snowboard, bike, and wingsuit. Develop your career, roam freely with friends, or battle it out against more than 50 players in massive events. The world is your playground, and you can grind, ski, or fly through it your way.

Jurassic World Evolution is a building and management sim in which you build enclosures and manage dinosaurs. The game features an original Jurassic World story that takes place immediately after Jurassic World: Fallen Kingdom. There are more than 75 dinosaur types, each with unique personalities, and you can even bioengineer your own and choose their colors and traits.

Sifu is an epic story of revenge about one Kung Fu student who seeks out those responsible for murdering his family. You will battle through streets and corporate towers, and defeat gangs of enemies using makeshift weapons, throwable objects, and anything you can hold. As you fight, you will learn new abilities and master devastating techniques that will unlock powerful attacks.

Call of Duty: Vanguard is the latest fast-paced first-person shooter in the incredible CoD franchise. Set in World War 2, you will join the Pacific, Africa, and Europe fights, from dogfights to epic sniper battles. The game includes a story-driven campaign and 20 multiplayer maps for PvP and Zombies at launch.

House of Ashes is a survival horror set during the Iraq War, with soldiers stumbling upon a buried Sumerian temple. To survive the monsters and horrors below the earth, you must befriend your enemies and work together to find a way to escape. Your choices will directly impact the story, with your decisions meaning life or death for every character.

FATAL FRAME: Maiden of Black Water is a story-driven horror game that puts you in the center of gruesome incidents and mysterious phenomena. Using your special camera, you will repel vengeful ghosts and seal away their powers, with every completed mission taking you closer to the truth. New to the PS5, the game comes with new outfits, updated ghost list, improved controls, and improved screen resolution.


Ghostwire Tokyo is a supernatural thriller that sees Tokyo overrun by deadly forces. 99% of Tokyo’s population has vanished in an instant, and you are the city’s last hope to stop a sinister prophet and his deadly plan. With a wide range of items and abilities that you can upgrade, you are left alone to fight back and unravel the dark mystery behind the population’s disappearance.

Solar Ash is a fast-paced adventure game set in a highly stylized world. The game is all about movement, and you can travel through the world by skating on clouds, grinding rails, and using your grappling hook to get over chasms. During your journey, you will encounter massive bosses that require you to climb them and find a weak spot if you’re to take them down.

Stray is about a lost cat attempting to find its way home through a cybercity. Discover a neon-lit world through the eyes of a cat and sneak through its dark alleyways and seedy underbelly to untangle ancient mysteries and escape. On your adventure, you will befriend a mysterious droid, interact with the environment, and defend the city from mysterious threats.

Explore a 19th century-inspired world and search for monsters and supernatural events. The game has a minimalistic approach with UI and menus only used when necessary. To survive your missions, you will need to prepare for the weather, monsters, and unexpected events.

An upcoming 2021 PS5 game is a highly-anticipated video game expected to release in 2021 for Sony’s next-generation console. 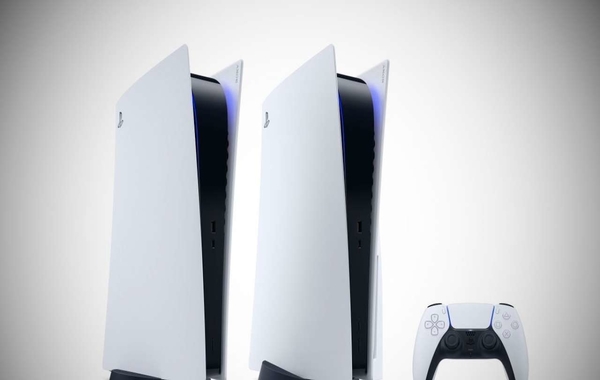 Upcoming PS5 games launch online via the PlayStation Store and in physical stores on a disc. They can be played on both the PlayStation 5 and PS5 Digital Edition consoles.

These games are developed exclusively for the PS5 and designed for use with the PlayStation 5 DualSense controller.

Upcoming 2021 PS5 Games are available at incredible prices, but with so many to choose from, we want to help you pick the game that’s right for you.

Far cry 6 looks promising, though i hope Ubisoft won’t put so much stuff to collect and just focus on a good story.

Well well well, fresh game. But look at them closely.
All the games on this list could be great games. My top would be (in no specific order).

Hitman 3. Reason: IO Interactive such a nice company. they made all of the hitman game. They change recently the spirit of the game, with seasons, and encourage creativity in their games.

Outriders Reason: People Can Fly, wow. Such a great company with an identity, games like Gears of War (the good ones), and bullet storm.

Yakuza: Like a Dragon Its yakuza in a mindblowing way. Developers with that world behind definitely make good games.

I feel relive, to mention developers firth that the game they show. Remember, always behind a game, there are people. For good or bad experiences.
Yep that’s all, stay safe.

Hi,
I don’t have a Playstation but of those 15 games I would love to play the following games:

I really wish I had a PS5. 🤔 Well I don’t so tough and also this is my weekly comment.