15 of the Best Singleplayer Games and Compare Prices

“You want to play a Singleplayer Games, but don’t know which one to choose?

Luckily Allkeyshop is here to help you with this top 15 of the best Singleplayer Games!”

The best football management simulator returns for another year with improved stats, match engine, and all-new ways to interact with the board, fans, press, and players. Take control of one of the 2,500 clubs available from 50 nations, or create your own as you guide your team to glory. Create tactics, scout for players and staff, make requests of the board, talk to your players, lead team talks, and watch matches unfold in 3D or 2D.

Join Ryza and her friends as they go through new adventures and farewells to discover what true treasure is. The story is set three years after the previous game where Ryza reunites with her friends. This latest game from the series features more action-packed real-time battles, thanks to an improved real-time tactics battle system.

Kill King Arthur once and for all and rebuild Camelot from the ashes. Lead a band of heroes from six classes, assign them skill points, equip them with items, and treat their wounds and curses. Complete the campaign and unlock the endgame, where more quests, epic bosses, and a god-king await.


Explore procedurally generated worlds set in the late 19th century and uncover an epic handcrafted narrative. Manage your resources and balance greed with survival. Equip your party with gear to help them overcome foes in dice-based, turn-based combat.

A mafia saga comes to life in this highly detailed, stunning, and epic single-player mob story. Explore prohibition-era and enjoy the architecture, cars, and culture of the 1930s. The Definitive Edition features an expanded story, improved gameplay, and a lot more crime.

Unravel Ori’s destiny and embark on a new journey that takes you across a vast and exotic world, forcing you to defeat incredible enemies and solve challenging puzzles. Players take on Ori’s role, a white guardian spirit, tasked with moving between platforms and solving puzzles. Unlike the first game, The Blind Forest, Will of the Wisps takes on autosaving rather than manually placed soul links.

What is a Singleplayer Game?

Single-player games are played entirely from start to finish by one person. 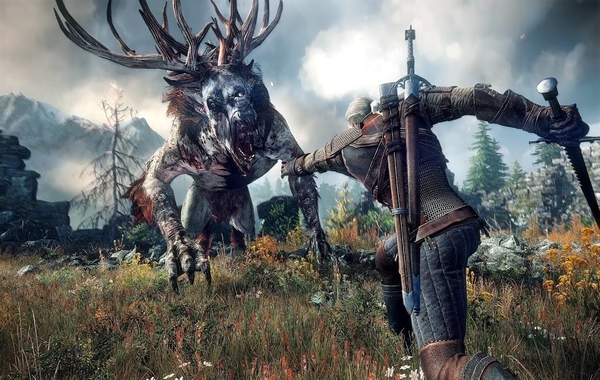 Single-player games are often story-driven, relying on narrative and gameplay to keep the player invested.

Single-player games can feature in-depth characterization, customization and development, and player choices to build the relationship between protagonist and player.

Why Are We Doing a Top 15 Singleplayer Games List?

Singleplayer Games are available at incredible prices, but with so many to choose from, we want to help you pick the game that’s right for you.