15 of the Best RPG Games and Compare Prices

“You want to play an RPG Games, but don’t know which one to choose?

Luckily Allkeyshop is here to help you with this top 15 of the best RPG Games!”

The best-selling grand strategy series returns with more features, new units, improved mechanics, and more choices. Expand your royal house across the world through India, Africa, and the Arctic. Create your religion, develop your military strategy, and manage your kingdom as you instill fear into your subjects. Recruit knights, hire mercenaries, adopt lifestyles, rule with violence, and ransom prisoners for income. Experience the Middle Ages like never before.

The latest looter-shooter from Gearbox puts you in control of one of four Vault Hunters, each with unique abilities, playstyles, skill trees, and customization options. Make use of an infinite amount of guns and gadgets, discover new worlds, each with unique environments and enemies, and do it all in co-op mode.

For the first time survive the wasteland with friends and forge your own path in a new online world featuring hundreds of locations. Create your character with the S.P.E.C.I.A.L. character system, build, craft, collect a nuclear missile, and make use of your C.A.M.P. to get much-needed shelter, and supplies, or survive the Nuclear Winter in the 52-player PvP battle royale mode.


Build a new home in a war-torn Middle Ages land and carve a destiny that will continue for generations to come. Begin with nothing and learn to hunt, craft, farm, and cook. Build your single home into a thriving village full of others who work, hunt, and fight for you. Survive the winter months, rule your land however you want, and create a home for you and your family. Complete the main storyline, or explore the vibrant world that will become home to your legacy.

Stay ahead of the Empire in Respawn’s third-person action-adventure that sees you travel the galaxy as an abandoned Padawan to rebuild the Jedi Order. Explore the galaxy and uncover ancient forests, windswept rock faces, and haunted jungles. Use your lightsaber in immersive combat, striking, parrying, and dodging with the Force’s aid. The player character, Cal, fights exclusively with his lightsaber, which is customizable. He can also acquire new skills, regenerate health, and replenish his Force energy at meditation circles.

Build your empire in 1920s prohibition-era Chicago and fight off some of the most ruthless mob bosses in history as you expand your business. Choose from 14 unique bosses, and build your empire within Chicago’s Underworld through brutality. Manage your buildings and supply chains, expand your territory through turn-based combat, and earn city-wide notoriety as you go down in history.

Explore vivid worlds and play through an epic story-driven campaign full of over-the-top characters, humor, and revenge. Gather a crew of misfits, travel the galaxy, and discover new settlements, space stations, and locations. Complete quests, make choices that will affect you and your crew, and carve your legend in Obsidian’s latest RPG.

Choose to play as siblings Alexios or Kassandra, and influence the fate of Ancient Greece with multiple endings available through a new dialogue system. Customize your gear, ship, and special abilities, and choose from 3 skill trees, Hunter, Warrior, and Assassin, and put them to the test in large scale epic battles.

Forge your own story and the world’s destiny in this true action role-playing experience full of magic, riches, lost secrets, and fantastic creatures. Befriend, betray, deceive and force your way into the living, evolving world to influence its course. Customize your character your way and play as either male or female and freely choose your abilities, spells, and magic. Begin your incredible journey and uncover the ancient secrets that lie protected by supernatural beings and explore new uncharted lands!

What is a Role-playing Game ?

A role-playing game (RPG) puts the player in control of a character or group of characters where the emphasis is on the narrative, character development, and setting. 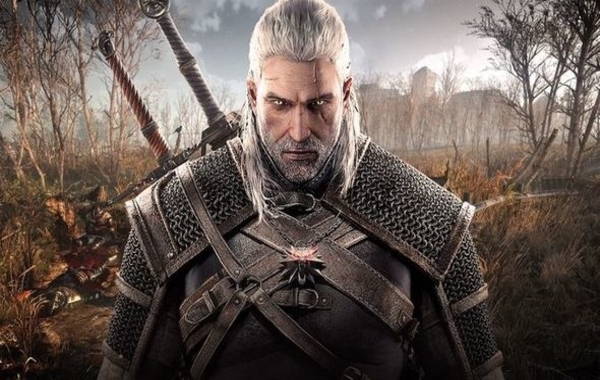 RPGs will have players complete jobs or quests and offer experience, skill, or level points for successful completion.

Players can make choices that will directly impact character and party relationships, the quests available, and the narrative.

Why Are We Doing a Top 15 RPG Games List?

RPG Games are available at incredible prices, but with so many to choose from, we want to help you pick the game that’s right for you.