15 of the Best Offline Games and Compare Prices

“You want to play Offline Games, but don’t know which one to choose?

Luckily Allkeyshop is here to help you with this top 15 of the best Offline Games!”

Grab your apron, turn on the grill and start your truck as the series takes to the road in 2042 war-torn America. With the help of your cyborgs, Whisk and Cleaver, play through the story-driven campaign and cook hundreds of foods to prepare yourself for the Iron Cook Foodtruck Championships. Experience new gameplay, dozens of gameplay-affecting modules for your truck, new foods, and fast-paced action in solo or co-op modes.

Board the train to hell and play the strategic roguelike deck-building game. Every playthrough is unique with more than 220 cards, 5 monster clans, over 80 artifacts, and more than 20 unique random events. Strategize, plan, upgrade, and duplicate your cards and complete daily challenges that offer modified runs and global leaderboards. Design your own challenge and share it, or compete online with up to 8 players supported in a dash to hell like never before.

Carve your way through an award-winning adventure in the latest souls-like action game from legendary developers FromSoftware. Unlike other FromSoftware games such as the Dark Souls series, Sekiro lacks character creation, level up stats, and has no multiplayer elements. The game is focused on stealth, exploration, and combat with particular emphasis put onto boss battles. Though it takes place in fictional areas, some are inspired by real-world locations in Japan.

Speed through an all-new classic-inspired adventure. You can play as Sonic, Knuckles, and Tails. Complete stunning 2D scrolling levels, and defeat unique bosses.

Influence the fate of Ancient Greece and uncover the secrets of your past in the latest of the Assassin’s Creed franchise. Players can choose to play as siblings Alexios or Kassandra, with multiple endings available. Customize your gear, ship, and special abilities to become a legend.

As a fresh recruit of Outer Wilds Ventures, uncover the secrets of an ever-evolving solar system and learn the mysteries of a dark past. Discover alien ruins, read ancient alien writing, learn to use gadgets, and cook to survive as you unravel the mystery of a time loop that plagues the solar system. Winner of the Best Game at the 2020 BAFTA Game Awards, Outer Wilds, is worth exploring.

Defy the god of the dead in this hack and slash rogue-like dungeon crawler, with a fully-voiced cast, and thousands of unique story events to discover. In Hades, nothing is impossible as the Underworld is ever-shifting, and bosses will remember you. Wield powerful magic and legendary weapons as you bid to escape the fires of hell.

Gathering Storm brings Civilization VI to life like never before, with new environmental effects, such as volcanoes, storms, climate change, floods and droughts. Influence the world ecosystem, develop new advanced technologies and engineering projects, and negotiate with the global community on critical issues. Manage your resources, discover nine new leaders, experience plenty of new content and improved gameplay, new scenarios, such as The Black Death and have your voice heard at the World Congress. Every decision you make will impact the future of the planet.

The game is set 1200 years after the first and offers six origins, five different races, and more than a dozen playable classes. You can explore anywhere, talk to anyone, and interact with everything. You can create and share your adventures or download campaigns via Steam Workshop.

What is an Offline Game?

Offline video games require no internet connection and have no online features. 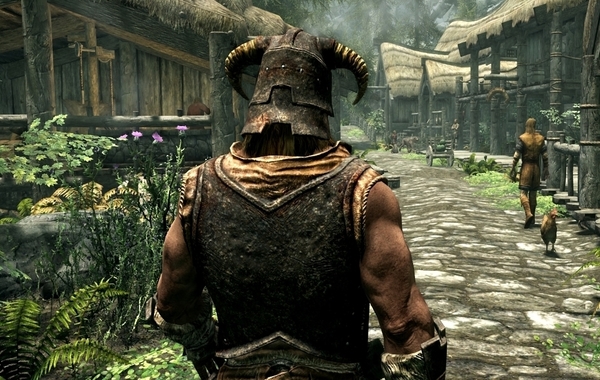 Offline games may not receive post-launch updates or patches.

Offline games are mostly single-player, with some featuring local multiplayer.

Why Are We Doing a Top 15 Offline Games List?

Offline Games are available at incredible prices, but with so many to choose from, we want to help you pick the game that’s right for you.