15 of the Best Nintendo Switch Games and Compare Prices

“You want to play a Nintendo Switch Games, but don’t know which one to choose?

Luckily Allkeyshop is here to help you with this top 15 of the best Nintendo Switch Games!”

Play the ultimate betrayal game as ten players enter and try and prepare their spaceship for departure, unaware that imposters are among the group. As a crewmate, complete tasks, keep an eye on other crewmates and vote to eject the imposters before they kill everyone onboard. As an imposter, work alone or with others, and use sabotage, deceit, and stealth to divert suspicion and kill the crewmates.

Among Us PC System Requirements

Take to the track again in the biggest Mario Kart game to date, with 42 characters and a whopping 48 courses to race on. Challenge for 12 trophies on some of the most popular and unpopular tracks from the series, and use 23 items such as the green shell, mushroom, and the banana peel. Race off against your friends in local split-screen, or enter online races and balloon battles.

Defy the god of the dead in this hack and slash rogue-like dungeon crawler, with a fully-voiced cast and thousands of unique story events to discover. In Hades, nothing is impossible as the hand-painted Underworld is ever-shifting, and bosses will remember you. Upgrades are permanent, and the challenge insane. Wield powerful magic and legendary weapons as you bid to escape the fires of hell.

Step onto a deserted island and create a new paradise for yourself. Gather resources, craft furniture, and tools, learn to fish and hunt, and play with friends with support for up to 8 players. Customize your character, home, decorations, and the island itself, share it with others, or visit theirs.

Super Smash Bros. Ultimate offers new stages, faster combat, new defensive and attacking options, and new features. There are more than 70 characters in the game, with new fighters including Ridley, Inkling, Simon Belmont, and King K. Battle against the AI, fight a friend in 1v1, or take the fight online with 4-player and 8-player battles available.

Take your grandfather’s old farm plot and the few coins you have, and turn the land into a thriving home. Build, farm, work together, and share resources as you improve your skills across multiple areas of expertise with farming, mining, combat, fishing, and foraging. Farm with friends with 1-4 players available.

Hit the slime-filled tracks and race-off in intense high-speed action with your favorite Nickelodeon characters. Select from 12 iconic Nickelodeon characters, including Spongebob, Hey Arnold, and the Teenage Mutant Ninja Turtles. Race across 24 recognizable locations from your favorite series, customize your karts and use power-ups and special attacks to gain the advantage.

Repay your debt to the Devil in this run and gun action game inspired by 1930s cartoons. The game features hand-drawn animations, watercolor backgrounds, and original jazz recordings. Unlock powerful weapons, learn super moves, discover secrets in solo mode or co-op as Cuphead and Mugman, and fight through levels that culminate in boss fights.

Jump into the greatest Mario collection to date with this bundle, featuring Mario 64, Super Mario Sunshine, and Super Mario Galaxy. The collection features updated HD graphics, Joy-Con controls, and the incredible soundtracks of all three games.

Take control of Bob, with no script and no limits imposed, and fall into the quirky, open-ended physics-based puzzle platformer. Paint your own custom Bob, dress him in silly suits or even import your face onto his via webcam, and walk, jump, grab anything, and carry anything. Explore open-ended levels that obey the rules of physics. Interact with almost every available object in the game and go almost everywhere.

Play as a raccoon driving a remote-controlled hole, and swallow your friends and their trash to earn prizes. Move the hole to swallow everything you can and increase its size. Don’t stop until the entire county is gone. Combine objects to create effects, explore every character’s home, and solve puzzles by launching things back out of the hole.

14. The Legend of Zelda Breath of the Wild

Link awakens after a 100-year slumber and must explore Hyrule in search of his memories so that he can once more save the land. During the game, you will wield more than 180 weapons that will suffer from wear, learn and utilize new attacks, and unlock travel by land, air, and sea. Hunt for food, pick fruits, and learn recipes to survive. Breath of the Wild will challenge you in combat, survival, and puzzle-solving.

Just Dance 2021 features dozens of new songs and new features. Dance alone or with friends across multiple modes. Up to six players can join at once, with a smartphone used to track moves. Get Just Dance Unlimited and gain access to more than 500 songs.

What is a Nintendo Switch Game? 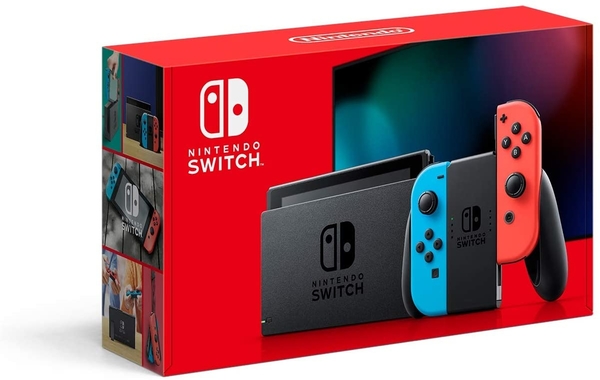 Why Are We Doing a Top 15 Nintendo Switch Games List?

Nintendo Switch Games are available at incredible prices, but with so many to choose from, we want to help you pick the game that’s right for you.

I loved the Witcher 3. Some of the best gameplay ive had in a while. Glad i added it to my library.

Witcher 3 GOTY is a fantastic addition to every library. Can’t even believe that they put it in the Nintendo Switch