“You want to play a Family-Friendly Games, but don’t know which one to choose?

Luckily Allkeyshop is here to help you with this top 15 of the best Family-Friendly Games!”


Build a world for wildlife and the zoo of your dreams in the ultimate zoo simulator from the creators of Planet Coaster. The game is the spiritual successor to 2001’s Zoo Tycoon, also developed by Frontier Developments. Planet Zoo has more than 80 different species of animals that can be adopted and cared for by players, including the Aardvark, Arctic Wolf, Giant Panda, Indian Elephant, Reindeer, and Siberian Tiger. There are more than 30 buildings in the game to keep guests and animals happy, such as research centers, food, and drink stalls, staff facilities, and toilets.

Speed along the tracks and take in the surroundings on authentic rail systems and trains. Travel famous routes, drive iconic locomotives, and customize your liveries with the game’s creative tools. Track your progress and stats, review your performance, and compare it with others.

Keep the train moving at all costs in this whacky procedurally-generated co-op construction game. Overcome challenges, work around obstacles, and upgrade your train as you prepare for the worst. The game features a dynamic day and night cycle, a weather system, unique environments, and unlockable characters.


Build a ski resort and keep your skiers happy as they tackle the mountains and cliffs. Build facilities and ski lifts, place pistes, and lay down tracks for skiers of all skill levels. Expand and improve on your resort, hire staff to keep it running smoothly, and afterward take in the views and relax.

Slap your friends around in this hilarious gelatinous multiplayer party game in silly fights and absurd environments. Customize your character, and hop into the fight across several game modes, including Melee and Gang game modes.

Play as a goose and wreak havoc amongst the village and its people. Steal hats, pull pranks, honk at unsuspecting victims, and strut around the gardens – all as a goose. Play with a friend and together ruin everyone else’s day by terrorizing the locals.

Crash Bandicoot spins back into our lives with the original trilogy, now remastered and enhanced for the next generation of gaming. Smash your way through three epic games, complete challenges, defeat iconic bosses, and beat those frustrating levels in high-definition detail.

What is a Family-Friendly Game?

A family-friendly video game is suitable for all ages and requires very little skill to play. 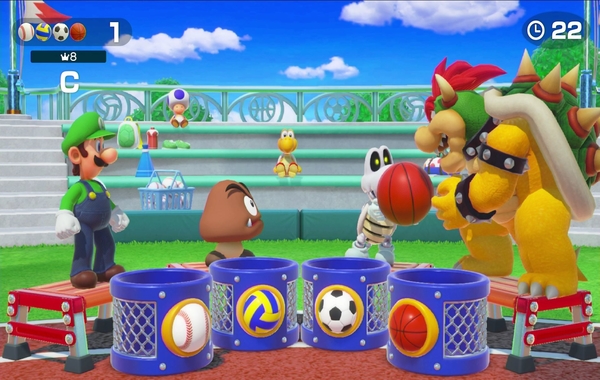