XCOM Chimera Squad is Set to Release Next Week 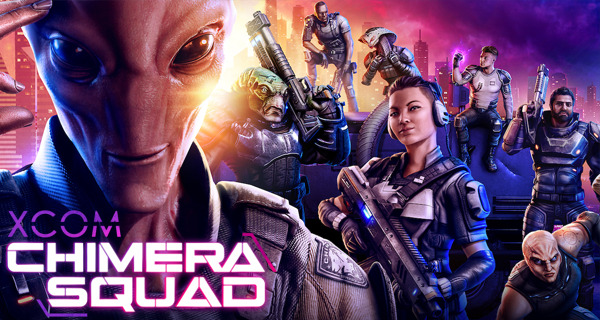 Firaxis Games is poised to release its new XCOM Chimera Squad on April 23, 2020.

If you are unfamiliar with the Chimera Squad and or XCOM games, you are in luck because the developers have not withheld much of what the game has in store.

For starters, Chimera Squad features an all-new story and turn-based tactical combat experience set in the XCOM universe. The game captures a peculiar relationship between humans and aliens where both factions have somehow learned to work together in an effort to strengthen their numbers against a common enemy. However, it is a little more complicated than that, not all humans are allied with the aliens which ultimately determines who your enemies are.

Mark Nauta, lead designer at Firaxis Games recently did a press release summarizing the vision for the game. He said “Gameplay like Breach Mode, interleaved turn order, and the introduction of agents as fully fleshed-out characters will revolutionize how the game plays while still retaining the combat experience that makes the XCOM series so loved by gaming communities around the world.”

Chimera Squad has 11 agents, each with their own distinct personality and tactical abilities, including species-specific attacks. This will challenge each player’s ability to find the most optimal way to employ each agent.

While we are on the matter of combat, it is only fitting to mention the Specialized and Complementary Classes in the game. As the name suggests, these classes have added value when used together as they complement each other. This feature allows players to perform devastating combinations and cooperative actions once they have paired two complementary agents. This stresses the importance of having the right team composition.

The developers are particularly proud of the re-envisioned tactical combat which adds an aura of mystery to missions. The missions are now treated as a series of discrete, explosive encounters to maintain unpredictability and intense action.

Nauta briefly mentioned the Breach Mode and touted it as one of the better features of the game which makes sense once you understand what the mode is all about. Breach Mode injects squads onto a battlefield and right into the action. Players will need to strategically place agents at the effective entry points and enact their plans with a range using a number of Breach-specific skills.

Additionally, the game has an automatic initiative system that places individual agents and enemies into an alternating turn order. This feature appropriately labeled Interleaved Turns and makes way for new strategic possibilities based on the sequence in which the units are queued.

Lastly, Chimera Squad has a Suspenseful Strategy Layer feature where players have the ability to manage the operations of a high-tech Head Quarters, where they must prioritize competing tasks, investigations and agent assignments. These activities will come with deadlines and time constraints that add another degree of difficulty to the game. This also adds more depth to the game and adds value to assets outside of combat like time-management.

Based on the developer’s track record as well as all the information that has been released, Chimera Squad is poised to be one of the best XCOM games ever released.

Chimera Squad is now available for pre-purchase on Steam and should you pre-purchase the game ahead of release, you will be granted a 50% discount.