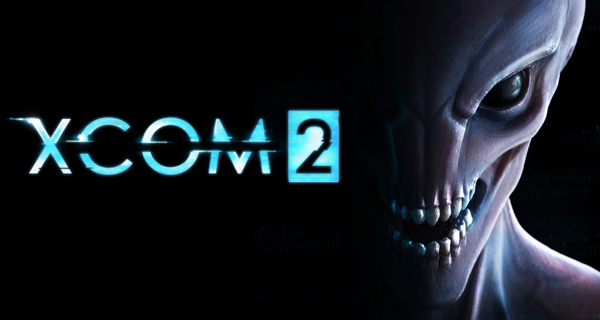 XCOM 2, the sequel to XCOM: Enemy Unknown, has received very good ratings from renowned critics and sites all over. Based on the site Metacritic, the game has garnered a Metascore of 90 with a lot of positive reviews. The game is set to be released February 5 and we’re pretty sure fans of the game and of the franchise everywhere would want to know what to expect.

So we’ve tallied a list of pros and cons from the critics of some well known sites for you. Read on to find out more!

You’re constantly under the gun in XCOM 2, and the deck is often stacked against you. Firaxis’ masterclass in strategy design has you second-guessing all your choices and analyzing your smallest decisions. It might sound stressful, and at times it is, but XCOM 2’s battles are so compelling that it’s easy to pick yourself up after defeat and jump back into the fray. Successfully navigating XCOM 2’s storm of difficult choices is enough to make you feel like a true legend.

– The combat system has plenty of options to outsmart alien foes in battle – Classes feel very balanced; all seem to be very useful – Procedurally generated levels that feature nice details (i.e. scars) help bring the XCOM 2 world to life -The multiple language options for international squadmates is a nice addition -“The game’s mouse/keyboard interface remains intuitive” -Alien firefights are compared to a game of deadly chess; the difficulty may test you but it still makes the game as one of the most rewarding and deepest strategy games out there

Exceptionally tough, rewarding strategy and a masterful reworking of the XCOM formula. We’ll play this forever.

– Turn-based combat set on procedural battlefields are uncannily well-generated – In terms of visual fidelity, XCOM 2 benefits from a huge leap from its predecessor – You can set up deeply satisfying ambushes -Stealth! -XCOM 2 can be played repeatedly

-During close-ups, the camera occasionally wafts through walls – There’s a lengthy pause (sometimes) before the character you’re watching acts.

It’s mathematical, emotional, and thoughtful all at once. It’s exhilarating, even in the face of failure. It’s compelling, even though we often lose. Victory is the goal, but that’s just an afterthought here–it’s the complex journey that counts.

It comes together brilliantly. Thanks to a new spin on the same great tactical combat, plus unpredictable maps and randomized objectives and loot, XCOM 2 is an amazing game I’ll easily put hundreds of hours into.

-XCOM 2 introduces randomness (in terms of its maps) throughout its campaign – each route will give you different results each time -High-quality, procedurally generated maps -The game has a good variety of mission types -Concealment/Stealth “is an interesting concept” -AI is smart, displaying a “rare will to survive” -The 5 soldier classes may be similar to Enemy unknown, but their new and diverse ability sets make them play differently -XCOM 2 has extremely detailed character models, textures, expressive animations, and creative creature design -Compared with its predecessor, XCOM 2 has a completely redesigned world that is replayable and is more dynamic

– The game is prone to inconvenient bugs and animation glitches; the game hangs momentarily before or after an attack, locked in slow motion for 10+ seconds before the attack commences -The game can’t hold 60 FPS even when your rig has specs above the recommended specifications -The game’s character creator is not flexible – only a limited number of faces available, no sliders to adjust faces, sparse accessories, etc.

Other notable reviews from Metacritic:

“XCOM 2 is a generally solid experience, but it is definitely one of those titles that may not be for everyone due to its punishing game style and occasional unpredictably of success.” – EGM

“Firaxis has done a wonderful job of taking the life-and-death, intense pressure of the tactical infantry game, and mapping it onto the strategic game.” – The Daily Dot

“XCOM 2 is an improvement on its predecessor in every way and the vast majority of those improvements have been applied so intelligently that they risk making Enemy Unknown obsolete. That game was a smart remake of a classic. XCOM 2 is a classic in its own right and as good a sequel as I can remember.” – Rock, Paper, Shotgun

With such a high positive rating, gamers everywhere are excited to get their hands on XCOM 2. Will this game be added on your to-buy list? What are you excited about? Let us know in the comments!