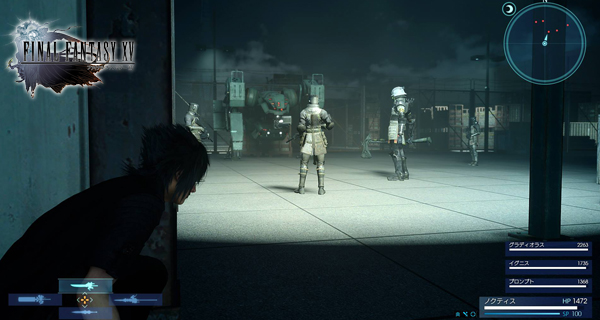 It has been confirmed that Final Fantasy 15 will finally be released this year. And with an upcoming event happening in March to finally announce its release date, Square Enix dropped another bomb which involves its revamped battle system.

So what makes it different from all the other Final Fantasy games? While the use of magic and party system still remain true to the Final Fantasy brand, what made Final Fantasy 15 different is the inclusion of stealth infiltration in the game. It’s like playing a Metal Gear/Far Cry game with some Assassin’s Creed elements in it.

The video shows Noctis and his team sneaking around an imperial base full of Magitek tanks and soldiers. To avoid being detected, he has to duck, take cover, or warp to a new location. He can also opt to doing stealth takedowns to avoid getting the attention of other soldiers, and if detected, Noctis can use magic, or take over gun turrets.

Take a look at the combat footage below and see for yourself:

You can also watch the latest Active Time Report in full here: What can you say about this move by Square Enix? Does it do justice to revamp Final Fantasy 15’s combat system? Shoot us a holler in the comments below!

good game, and combat will be good. thanks allkeyshop.