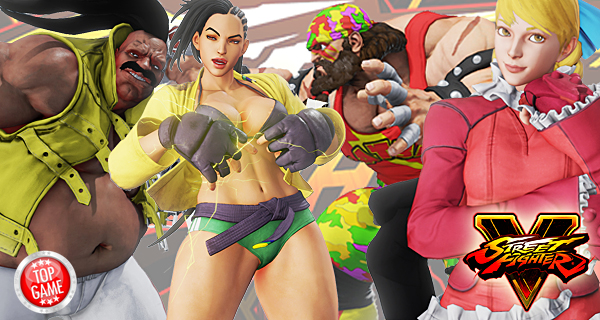 New costumes for the characters of Street Fighter 5 available with the new update.

Street Fighter 5 has a new two part update. The first part was launched on March 28th that included the challenge mode, online rematch option, battle lounge improvements, bug fixes and gameplay balancing. The second part will be launched today March 30th which includes the new character Alex as well as the In-game shop where you can use fight money to purchase extra game content like characters and special story mode costumes.

Speaking of costumes, a new video from Street Fighter V Mods (SFV Mods) surfaced showing the latest alternate costumes the characters have. These alternate outfits can be purchased in the In-game shop and it is available for Alex, Birdie, Fang, Karin, Ken, Laura, Nash, Necalli, R. Mika, Rashid, Vega and Zangief. Some of the characters were hard to recognize like Chun-li with her hair down, Ken’s new haircut and Ryu’s unshaven face which kind of looks like Rambo. Zangief on the other hand looks great in his ‘macho-man type’ outfit. Nash’s stealthy ninja look is also worth mentioning.

Check the video and see for yourself what the alternate outfits look like.

What do you think of Street Fighter 5’s costumes? Which ones are your favorites? Share your thoughts in the comments below.