Get to Meet the Characters of Street Fighter 5! 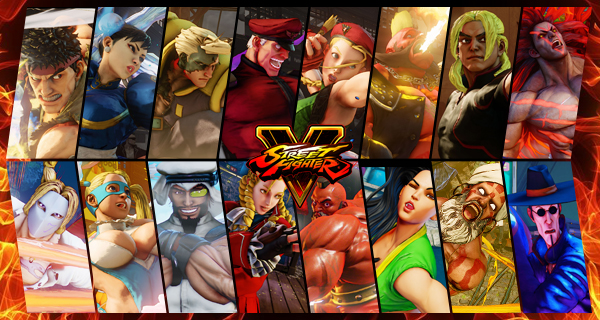 Street Fighter 5 is now upon us and we all know you can’t wait to get your hands on this game and bring the action on! But let us ask you a question: Which of the Street Fighter 5 characters are you betting your top dollar on?

Let’s see how each of the characters compare:

Ryu probably is the most recognizable character in the franchise. He is the most iconic of all, being one of the characters of street fighter since day one. He is a master of the Shotokan Style Karate. Ryu is known for being a loner. 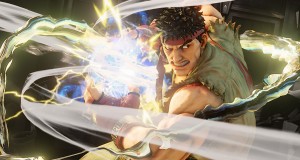 Now a part of Delta Red, a counter-terrorism taskforce, Cammy’s former code name is Killer Bee. She was once a brainwashed servant of M.Bison and has since successfully broken free of the syndicate. However, she has been left with amnesia. 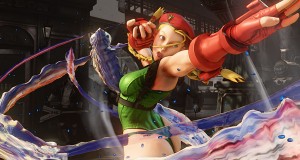 Rainbow Mika is not really a stranger to everybody as she has been a part of Street Fighter Alpha 3. R. Mika is a professional wrestler with dreams of becoming the “Star of the Ring.” 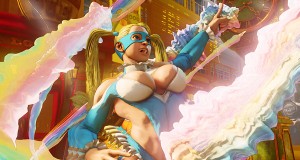 A strong and psychotic dictator, M.Bison is the ringleader of the syndicate named Shadaloo. His goal is to take over the world and he doesn’t care who he steps on in order to achieve his goal. Occupation: Commander of Shadaloo Fighting Style: Psycho Power Skills: Hypnosis V Trigger – Psycho Power: Let’s him combo his special moves into each other which makes them more ambigous. V Skill – Psycho Reflect:  Catch fireballs out in the air, he can either absorb them to add to his meter or throw them back.

Rashid is one of the newest characters in Street Fighter 5. His attacks are wind-based and he is also a gadget lover. The older sister of Shawn Matsuda from Street Fighter 3 is a practitioner of Matsuda Jujitsu. She is great with command grapples as well as mind games. Occupation: Matsuda Jujitsu Practitioner Fighting Style: Matsuda Jujitsu Skills: Producing Static Electricity V Trigger – Spark Show: Increases the distance of her dash or decreases the charge time of her fireball and maximizes her stun output. V Skills – Volty Line, Linear Movement:  She can cancel her normal attacks and it can become a forward or backward dash

The narcissistic fighter in Street Fighter 5. Vega is obsessed with beauty and kills everybody who he thinks is physically ugly. 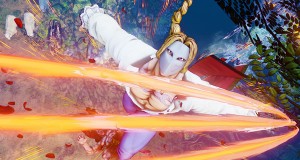 Occupation: One of the Top Agents of Shadaloo Fighting Style: Spanish Ninjutsu Skills: Sticking on Walls V Trigger – Bloody Kiss: Lets him throw a rose from the ground or the air and should it connect, he will dive towards the opponent for a follow-up attack. V Skills – Matador Turn:  Lets him evade an attack.

One of the wealthiest characters in the game, Karin can be snobbish. She sports a fighting style that she has created herself. Another new character, F.A.N.G. works for the Shadaloo and is the second in command for M.Bison. He has a poison skill that is quite dangerous. Making a comeback from Street Fighter Alpha, Nash was once a fighter for good but has made a comeback with a Frankenstein-esque look. Necalli is a brand new character. He is able to transform his appearance to a beast like character. His fighting style is clawing opponents and pounding on the ground. Zangief is a Russian grappler who fights to bring honor to his country. He was a professional wrestler known as Red Cyclone. Ryu’s best friend as well as his rival, Ken is the heir to the Master’s family fortune. He practices Ansatsuken and his master is Gouken. Probably the most famous female character in the Street Fighter series, Chun-Li has a career in law enforcement and is a master of Chinese Martial Arts. Occupation: ICPO Investigator Fighting Style: Chinese Martial Arts Skills: Shooting V Trigger – Renkiko: Gives hits to her moves instead of just one. V Skills – Rankyaku:  She can jump to bring her closer to her opponents.

Birdie has drastically changed in appearance, trading his muscular physique to a beer belly. He is also an agent for Shadaloo. Occupation: Freeloader Fighting Style: Attacks that focus on headbutts and chains Skills: Overeating… and headbutts V Trigger – Enjoy Time: He can eat a chili pepper to increase his damage output. V Skills – Break Time/Banana Time/Drink Time:  He can trow a banana and trip his opponent. He can also build his V gauge by eating a donut.

Dhalsim now looks a bit older in Street Fighter 5, sporting a turban and a long beard. He is trying to raise money for his village, that is why he is registered as a contestant for the World Warrior Tournament. Occupation: Ascetic Monk Fighting Style: Esoteric Yoga Skills: Sermons V Trigger – Yoga Burner: A carpet-like flame move which can trap opponents and damage them V Skills – Yoga Float:  Makes him zone out, float for a few seconds, and activate all airborne moves
Which Street Fighter 5 character is your favorite? Let us know in the comments below! Street Fighter 5 is exclusively available for PlayStation 4 and the PC.