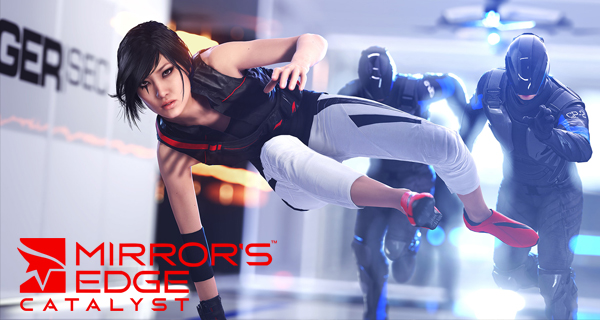 Get into the minds of Mirror’s Edge Catalyst in their Developer Diary – Gameplay.

The major difference between the first Mirror’s Edge and Catalyst is that it is more of a free-roaming game with the Glass City being bigger. It will also give you a variety of side missions. These side missions could be like saving a fellow runner in trouble or other delivery missions. This gives you the freedom to decide on your own path.

The combat system of the game is generally more personal because you will need different skills to combat different enemy archetypes. A certain move may not work with a certain enemy, so you must know Faith’s moves as well as her enemies’ to know what will work.

The music plays a major role in the game as it will be responsive to your every move. You will be able to control how the music plays basing on your action in the game. When you do certain actions such as leap, roll, slide or run the music will go along with your movements.

Basically the developers would want you to “instantly feel the runner’s flow when you play the game”.

Watch the full video of the Developer Diary Gameplay below:

Mirror’s Edge Catalyst will be available on May 26, 2016 and you can get to play it in PC via Origin, Xbox One and PlayStation 4.

I can’t wait for this game! I loved Mirror’s Edge so I hope this won’t let me down.

The first game was amazing! This one will be awesome as well!