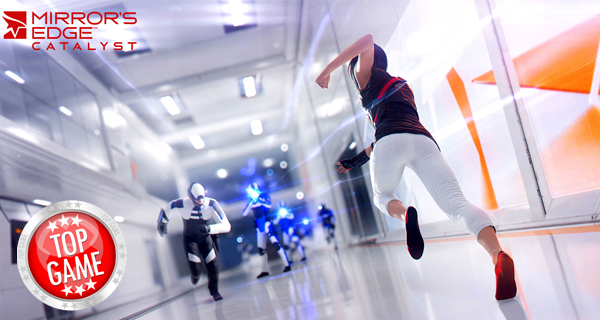 Mirror’s Edge Catalyst reviews have been coming in steady streams, but it seems like critics each have their own different views about the game. Basing on critic reviews on Metacritic, Mirror’s Edge Catalyst received a Metascore of 71/100 as of this writing. Out of the 25 critics who currently reviewed and scored the game, 15 gave Positive reviews, while 10 gave Mixed reviews.

What made these critics give such scores? We’ve rounded up some of the reviews as well as the pros and cons the critics cited in the infographic below. We hope that this could help give you an idea on how gamers think about the game. 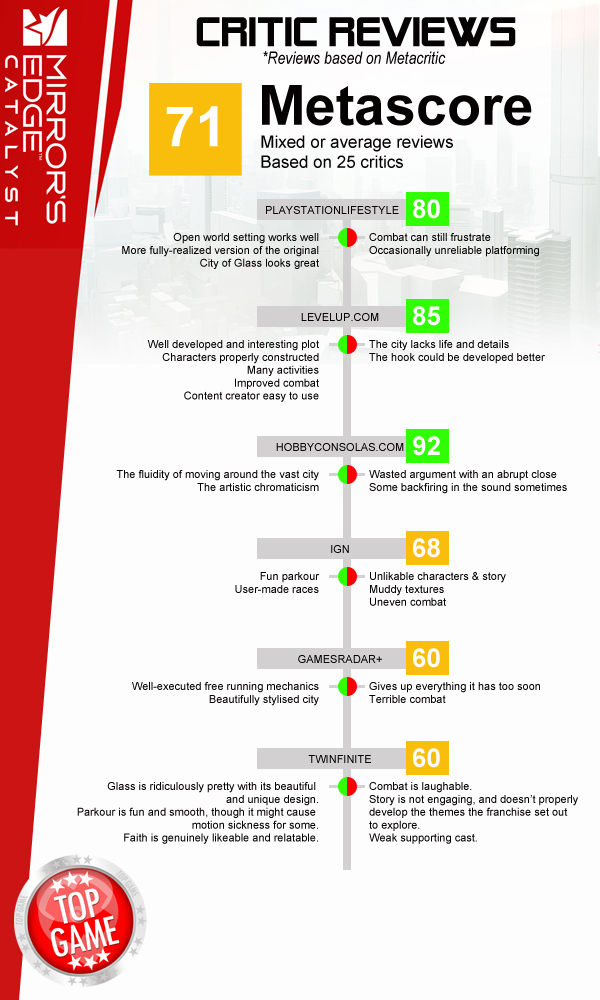