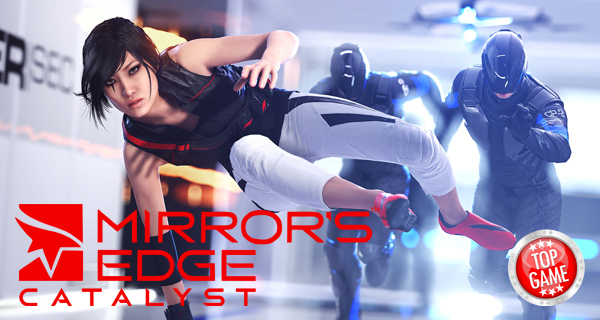 Yep! You’ve read that correctly! Faith’s abilities will only be unlocked when a certain amount of XP is reached. This has created a mix of reactions to long time Mirror’s Edge fans. The first game gave you all of our set skills right at the get go, and now, movements like rolling, swinging and the 90 degree turns must be unlocked.

In Mirror’s Edge Catalyst, Faith will have a trait tree that will have three different areas for you to upgrade, which are combat, gear and movement. For the combat unlocks, this will give you some damage boosts over certain types of enemies. The gear unlocks will let you use gear upgrades like disrupting AI drones, having access to the mag-line and the grappling hook. Lastly, the movement unlocks will allow you to be able to do more advanced parkour movements to get out from one place to another.

Although the thought of XP grinding is very unpleasant. Eurogamer.net mentioned that XP is actually easy to get by in the game, “Catalyst pretty much hurls XP at you,” they said.

So what do you think of the Mirror’s Edge Catalyst new XP unlocks? Are you all for it or no? Let us know what you think in the comments below!