The hallmark of the Mass Effect dialogue system was the Paragon and Renegade split, however, you won’t be seeing that in the upcoming Mass Effect Andromeda. What you will be seeing instead is a dialogue that is about agreeing and disagreeing.

Mac Walters, the game’s creative director says this about that. “So, Paragon and Renegade is gone. The reason they’re gone is because they felt very Shepard – they were very tied to the Shepard character, so they didn’t really make sense if we weren’t going to have Shepard as our protagonist.”

Walters further says that,”what we have now is based more around agreeing and disagreeing…with agree and disagree it changes by the circumstance and it changes the character you’re talking to, so you have to actually be more engaged in what’s going on, to know if you’re going to do that.”

With the new dialogue, the conversations would seem more natural. There will be four different tones to be able to express oneself with this new system. So rather than choosing from good or bad, this system will be more about ‘How do I want to express myself’.

Mass Effect Andromeda officially launches on March 21 for PC, PlayStation 4 and Xbox One.

What are your thoughts about the new dialogue system? Share with us what you think in the comments below. 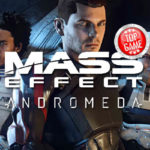