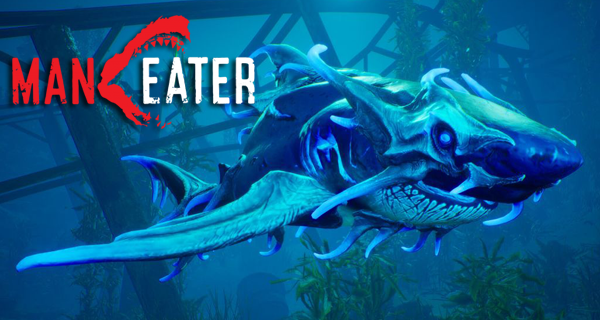 Maneater, the game about a man-eating shark terrorizing the waters in a bid for revenge, has had a launch trailer released that shows off the blood-filled gameplay you can expect.

Maneater is an open-world RPG that puts players in control of a terrifying shark that has nothing but killing in mind.

Maneater is set as a reality TV show and is narrated by Chris Parnell from Rick and Morty, and Saturday Night Live fame.

The trailer shows the beautiful detail of the water, the stunning lights of the city at night, the gory tearing of human flesh and the brutal killing of divers unlucky enough to come across you.

The game will see you customize and evolve parts of your body to improve how they function, eventually seeing you evolve into an adult megalodon.

Watch the Maneater launch trailer below:

Enter waterways, swamps, and oceans, and give the human, and wildlife populations a reason to fear you as you tear swimmers, divers, and other sea creatures apart, ripping them limb from limb.

The game will have seven regions, each with its apex predators such as alligators, giant squids, and killer whales. Killing these predators will offer the player a chance to earn special skills. Taking down the human bounty hunters that are dispatched to kill you will earn you additional rewards.

Consume other aquatic wildlife to survive, including fishes and turtles for proteins, fat, and minerals. The game allows the player to use the surroundings and environment for combat advantage.

Sharpen your teeth as Maneater is now available, for PlayStation 4, Xbox One, PC, and the Nintendo Switch later in the year.