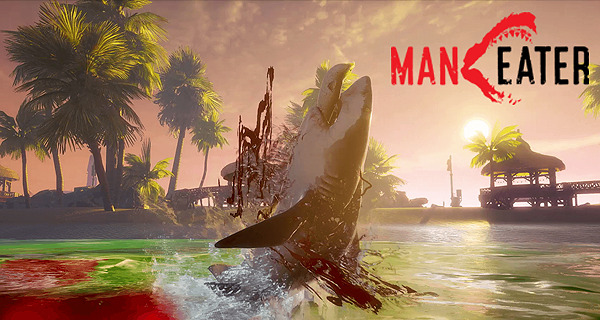 Maneater, from developers Tripwire Interactive, has had a final dev diary ahead of its May release.

Maneater is a third-person open-world blood-spilling game that puts players in control of a giant Bull Shark seeking revenge on a shark hunter named Scaly Pete, the man that killed your mother and disfigured you while you were a pup.

The latest dev diary explains the game as a documentary TV show that has a narrator talking over what the player is doing in an attempt to present the game as a reality show.

Get to watch the final Maneater Dev Diary below:

In the dev diary, we are told: “it provides light-hearted laughs as you are going through this game eating fish and people, growing and becoming a more powerful shark”.

One of the highlights mentioned in the video is the ability to change your shark to create the type of shark that you want. Your shark can be customized to take on attributes that can be used to rip flesh more easily or customize the skin to have different patterns.

To animate the humans in the game the developers used motion capture, making the scenes on the beaches and the reactions of the humans more realistic in-game.

The dev diary also hints at the kind of combat to expect, describing it as “reminiscent of water-to-aerial combat, with position really important. You can choose to evade if a target is coming to attack you or you have this tail whip ability and if you can time it just right you can actually parry what they are doing to you, like stun or throw them off”.

The dev diary shows off some impressive animations and scenery, as well as some brutal kills as the shark tears and eats its prey. The final comment in the video puts it perfectly by calling Maneater the “perfect power trip”.

Maneater is set to launch on May 22, 2020, for PlayStation 4, Xbox One, PC, and the Nintendo Switch later in the year.