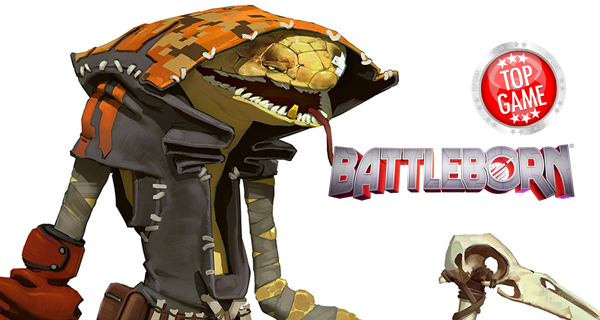 Pendles is the next character that Battleborn will be releasing. Although it will still be months before he will be an available character to play, Gearbox has already made known that he is the next one in line. Pendles is a Kama wielding snake (yes, he has arms and legs!) who even sports a trendy set of sneakers. He hails from the same location where Alani comes from, the water world of Akopos, and is actually Alani’s friend.

In terms of his skills, Pendles is a stealthy character who can sneak up on you and poison you. He can also do a lot of damage with his dual Kamas.

Pendles will be free to play for everyone for 47,500 in-game credits. He can be unlocked easily if you bought the Season Pass by using the Hero key that comes with it. You can use the hero key multiple times as long as you have reached the set requirements for the character then the Hero key will be returned to you.

Stay tuned for more details about Pendles! We’ll keep you posted as Gearbox spills more information about this newest Battleborn character in the coming days.