Homefront: The Revolution Has A New Trailer Entitled ‘Ignite’ 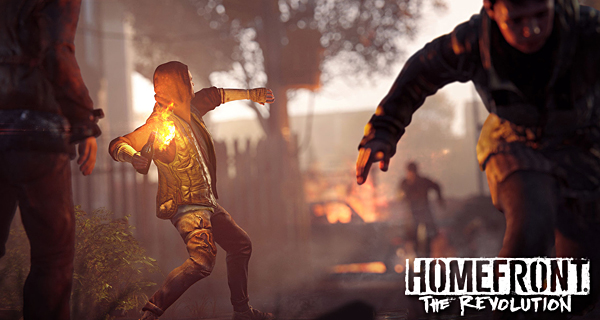 Homefront: The Revolution the sequel to the 2011’s Homefront game by Dumbaster Studios and Deep Silver’s story starts out in the distant future where the United States specifically the city of Philadelphia has been taken over by the Greater Korean Republic. The Korean People’s Army has most of the zones in the city under their grasp. You will play as Ethan Bradley a freedom fighter who is creating the spark for the revolution against the Korean People’s Army.

The new trailer for the game entitled ‘Ignite’ is an almost three minute video where you can hear Ethan speaking. He is talking about taking back the city from the invaders, standing as one against the enemy and getting back up from being oppressed to fighting back. “We die or we rise now,” Ethan is talking about taking back the the city using any means necessary. Do everything in your power to take down the KPA’s strongholds, blowing up everything that is from the enemy to smithereens.

You will also see famous lines from great revolutionists scribbled in the walls like graffiti. It is an absolutely stunning trailer to watch.

Get to have the glimpse of the Homefront: The Revolution video trailer here:

Homefront: The Revolution will be available by May 20, 2016 and can be played on PC, PlayStation 4 and Xbox One.

Nice Game ! i like i can’t wait to play it on my system . want it