Ubisoft introduced the For Honor Nobushi Samurai a couple of weeks ago. And based on IGN’s video, the Nobushi class of Samurai faction is no joke to compete against. They are agile with a long range weapon called the naginata. Nobushi actually means ‘mercenary’ and is a hybrid warrior, having a combination of characteristics of three other classes the Assassin, Vanguard, and Heavy.

Since the For Honor Beta is currently ongoing. IGN is great enough to share five minutes of 1v1 Nobushi gameplay. You will see in the video that she is put up against the Knight’s Warden in one match and the Viking’s Berserkers. Both came out as easy wins for Nobushi. You can see all that in the video below:

And if you haven’t seen it yet, here’s the Nobushi gameplay trailer! These warriors are elegant and aggressive and quite deadly with their exotic weapon.

The For Honor Beta started yesterday and will run up until the 29th only. The Nobushi of the Samurai Faction is one of the nine characters that you will be able to play in the Beta. We can expect more videos about the gameplay for the For Honor beta fairly soon.

For Honor officially opens on February 14, 2017, and is available to play on PC, PlayStation 4 and Xbox One.

What are your thoughts on the character Nobushi? Share with us what you think in the comments below. 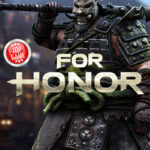