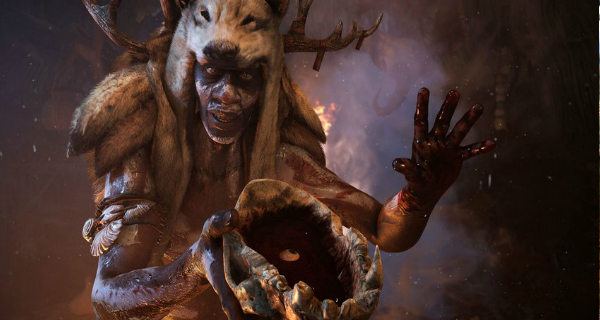 Far Cry Primal is gonna be as savage as it gets.

Set in the Mesolithic Period, Far Cry Primal will unleash the primitive human in you. Armed with makeshift weapons such as rocks, clubs, spears, and bows, you’ll have to do what it takes to ensure your survival – even at the cost of killing other humans.

While the game does not involve dirty politics, insane self-proclaimed dictators, or totally mentally sick antagonists, it will include a different kind of graphic violence and other adult content due to the game being set in a primitive period.

According to its ESRB Rating Summary, Far Cry Primal will involve scenes that include heads getting stabbed, or slashed in close-up, characters being burned alive while screaming in pain, or having their heads drilled with holes while they’re still alive, and different states of body part mutilation (i.e.: ears getting cut off and being kept as trophies, among others). Other scenes may depict sexual content and nudity.

With that being said, the game gets an ESRB Rating Category M (Mature).

Far Cry Primal will be released on February 23 for Xbox One and PlayStation 4 and on March 1, 2016 for PC (via Uplay).

Think you can handle all the gore? Pre-order your CD key now using our price comparison service and save more money! It’s better to compare prices from several CD key stores, as most of them sell the game at  lower price. Check our price comparisons and see for yourself!