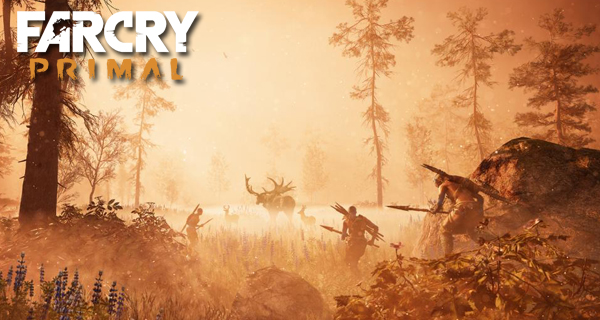 Far Cry Primal’s first ever bonus content is available starting March 22, as seen in their official blog. The Wenja Pack was a part of the pre-order bonus, however, if you were holding back on spending the extra bucks back then and decided to buy it now, it will cost you $6.99.

The Wenja pack includes The Legend of the Mammoth where you play as one of the mammoths playing in 3 missions: The Duel of Beasts, Hunt the Hunters and The Trapped Elder. Another thing that you will get from the Wenja pack is Ull’s powerful Bone Shasti Club. And lastly there will also be four enhancement packs with so much goodies.

It will include a Sabretooth Pack, Owl Pack, Mammoth Pack and the Bomb Pack. The Sabretooth Pack will change some of the sabertooth tigers in Oros to Flame Fang sabertooths and will also give you access to animal hides that you can use for crafting. The Owl Pack has a really nice skin for your owl companion making it look fierce with dark, stormy feathers with this is the Wenja Tribal paint that will give the arms of Takkar a makeover and some crafting materials as well. The Mammoth Pack will give some of the mammoths in Oros a new look, Ash back mammoths and you will also receive an endurance boosting recipe. The last one is the Bomb Pack which will give you 2 sting bombs at your disposal.

Far Cry Primal is available for PC, PlayStation 4 and Xbox One.