Far Cry Primal Legend of the Mammoth – Get High and Wreak Havoc! 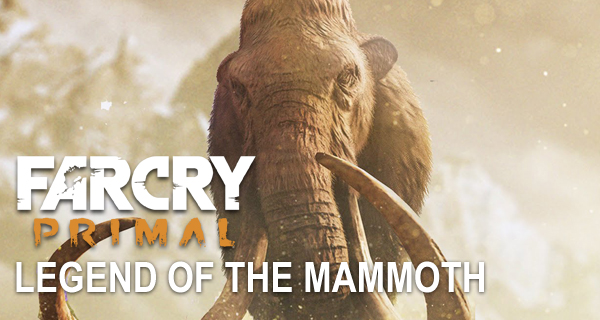 If you’re up for a “stomping spree”, then Far Cry Primal Legend of the Mammoth is definitely for you!

Legend of the Mammoth, which comes as a bonus if you pre-order Far Cry Primal, includes three missions titled: Duel of Beasts, Hunt the Hunters, and The Trapped Elder. Your missions include helping out the mammoth elder stomp over humans, facing off with a rhinoceros, and some more stomping. Your ultimate goal, however, is to ensure the mammoth herd’s survival.

So how do you become the mammoth? It all starts with you drinking a bloody potion concocted by the shaman Tensay. Then you find yourself getting high, and the next thing you know you’re a freaking huge mammoth – complete with tusks and that long giant trunk!

Check out this trailer and see for yourself:

Far Cry Primal Legend of the Mammoth is expected to bring 45 minutes of additional gampelay. You can also purchase the game’s Collector’s Edition to get access to a new weapon called the Blood Shasti Club, and 4 Enhancement Packs, along with all 3 mammoth missions.

no weaopn on this game far cry is down ,, the best of this serie is far cry 3