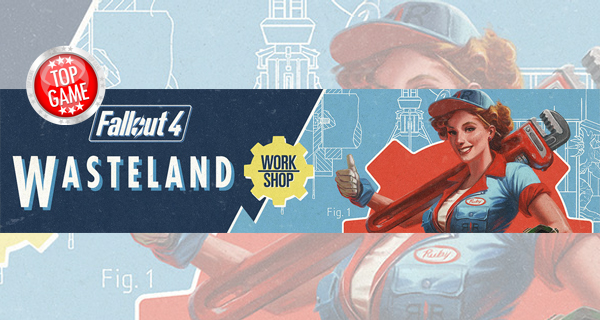 Fallout 4 Wasteland Workshop, the game’s second DLC is going to be out on April 12, 2016 on PC, Xbox One, and Playstation 4. As its release date draws near, Bethesda has released a trailer which highlights the features the DLC will add to the game.

First of all, the Fallout 4 Wasteland Workshop DLC will allow players to design and setup cages in order to capture live creatures. These creatures range from animals, raiders, bandits, and more. You can tame these captured creatures, or have them go on a face-off battle against you or other settlers, if you wish to do so.

The DLC also includes “a suite of new design options for your settlement,” according to Bethesda. These include: letter kits, nixie tube lighting, taxidermy, and so much more.

You can check out these awesome features yourself in the trailer below:

The first Fallout 4 DLC, Automatron was released on March 22, 2016, bringing robots to the game. It allows players to customize their own robot companions, complete with armor, weapons, limbs, and abilities. The third DLC, Far Harbor, which brings a whole new large map to the game, will be released in May. Players can expect more add-ons and free updates such as the Creation Kit to be released within the year, according to Bethesda.