Dawn of War 3 Multiplayer Will Launch with Three Game Modes

Each of these game modes will require each team to battle it out with each other as they try to destroy three structures, and at the same time protecting their own. The structures they need to protect are: Shield Generators, Turrets, and Power Cores.

“The structures create points of conflict to draw teams together for epic victories and crushing defeats within a single match,” Boulle said.

Boulle also added that aside from these three game modes, players can also look forward to hero interactions, and the four Escalation Phases they added, while in multiplayer.

Speaking about interactions, Boulle said that these “give rise to micro victories that help make each match more memorable.”

“We want players to celebrate each time they defeat an enemy elite or Super Walker. Even if they don’t win the match, they’ll still have that ‘gotcha’ moment and some bragging rights,” he added.

He also said that the Escalation Phases they added will introduce different effects to their multiplayer matches. Some examples Boulle cited were: “effects like defeated units refunding a percentage of their cost, increased production by resource, or increased structure health.” The Escalation Phases will keep players active even when they’re on the losing turf, “taking away some of the dead man walking syndrome of long RTS matches.” 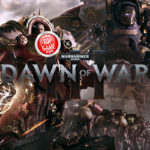 Dawn of War 3 Expansions May Be Released in the Future, Says Relic

Dawn of War 3 expansions may be released in the future, Relic Entertainment said, although nothing is set in stone yet.