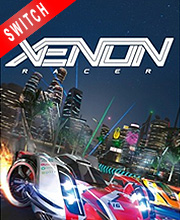 What is Xenon Racer Game Code?

It's a digital key that allows you to download Xenon Racer directly to Nintendo Switch directly from Nintendo eShop.

How can I find the best prices for Xenon Racer on Nintendo Switch ?

Allkeyshop.com compares the cheapest prices of Xenon Racer on the digital downloads market to find the best sales and discount codes on trusted stores.

Xenon Racer is a futuristic racing game developed by 3DClouds.it and published by SOEDESCO for the Nintendo Switch.

Wheeled vessels will have become obsolete and will be soon forgotten. The world has seen a revolution in the automobile industry as It is the era of flying cars.

In an effort to preserve legacy and pay homage to the automobiles of old, Xeno hosts one last racing championship for wheeled vehicles. The developers are challenging you to race cutting edge electric cars that have been empowered by Xenon gas, on futuristic tracks and become victor of the last championship.