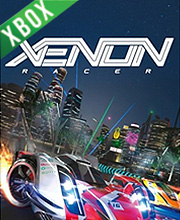 You can participate to these tests by adding comments about your XBox One Game Code purchase in the store review page. Enjoy the best deals for Xenon Racer Game Code with Allkeyshop !

Xenon Racer is a futuristic racing game developed by 3DClouds.it and published by SOEDESCO.

In the era of flying cars, wheeled vessels will be soon forgotten. In an effort to preserve legacy and pay homage to the automobiles of old,

Be the first one to write a review about Xenon Racer !