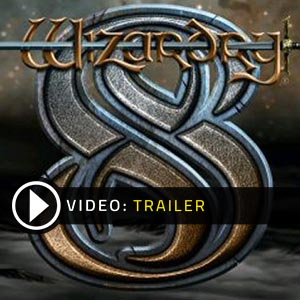 What is Wizardry 8 CD key?

It's a digital key that allows you to download Wizardry 8 directly to PC from the official Platforms.

How can I find the best prices for Wizardry 8 CD keys?

Allkeyshop.com compares the cheapest prices of Wizardry 8 on the digital downloads market to find the best sales and discount codes on trusted stores.

Wizardry 8 is the third title and phenomenal conclusion to the Dark Savant trilogy, which includes Wizardry VI: Bane of the Cosmic Forge and Wizardry VII: Crusaders of the Dark Savant. It is the eighth and final installment in the Wizardry series of role-playing video games by Sir-Tech Canada.

The universe is experiencing anguish and facing an uncertain future of doom. Everything takes place in Dominus, a world on the cusp of the Cosmic Circle, birthplace of the Astral Dominae and home of the Cosmic Lords. Fight side by side with allies to defeat the rival forces, reveal long-hidden secrets and lead your path to victory using your swords, your magic, and your witty tactics in battles.

Get ready for a whole new level of exciting adventure that embodies innovation and prestigiousness which made RPGs one of the best-selling, most-loved genres of all time. It sure is considered as a truly amazing and well-polished old school RPG. Immortal classic, that is.

Zoom 1m 3m 1y All
Track product
GOG.COM CD KEY : You need to register on Gog.com, then use the GOG Key to download and activate your game to play Wizardry 8.
STEAM CD KEY : Use the Steam Key Code on Steam Platform to download and play Wizardry 8. You must login to your Steam Account or create one for free. Download the (Steam Client HERE). Then once you login, click Add a Game (located in the bottom Left corner) -> Activate a Product on Steam. There type in your CD Key and the game will be activated and added to your Steam account game library.
Bundle
Standard Edition
Compare Choose & Buy Download (743)