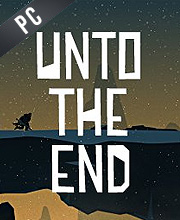 What is Unto The End CD key?

It's a digital key that allows you to download Unto The End directly to PC from the official Platforms.

How can I find the best prices for Unto The End CD keys?

Allkeyshop.com compares the cheapest prices of Unto The End on the digital downloads market to find the best sales and discount codes on trusted stores.

Unto The End is an action, adventure video game that is developed by 2 Ton Studios and published by Big Sugar.

Play as a humble father who is desperate to come back to his family. He is alone and outmatched but is armed with a sword, a dagger, and his wits. His journey is hard with creatures out to get him and the unfamiliar lands that he has to go through. Each step may bring him closer to home but it is accompanied by unknown dangers.

Offering a one-of-a-kind combat system where players are supposed to fight intelligently as well as strike tactically. There will be one-on-one and group battles available. The encounters in the game are carefully crafted and your opponents are worthy and are quite intelligent.

At the onset of the game, you will already have all the abilities that the father has. There will be minimal to no hand-holding in this game. In order to survive this challenging single-player experience, one must possess a keen eye in observing his surroundings.

There will be environmental challenges all over having harsh mountain peaks, cavernous underground ruins, and deadly traps. Also, the world that you will be traveling through is meticulously crafted.

Zoom 1m 3m 1y All
Track product
GOG.COM CD KEY : You need to register on Gog.com, then use the GOG Key to download and activate your game to play Unto The End.
EU STEAM CD KEY: Requires an EUROPEAN IP address or you must activate it with a VPN (Virtual Private Network) in order to play Unto The End. Might have languages restrictions or language packs. Read the description on the store game page to know if the EU IP is only needed for activation or for playing also (maybe on EU Servers). Most of the stores offer you their help, or show you how to do this with a tutorial to follow.
STEAM CD KEY : Use the Steam Key Code on Steam Platform to download and play Unto The End. You must login to your Steam Account or create one for free. Download the (Steam Client HERE). Then once you login, click Add a Game (located in the bottom Left corner) -> Activate a Product on Steam. There type in your CD Key and the game will be activated and added to your Steam account game library.
PC Win 10 / Xbox Key. Digital code which allows you to play on both Xbox and Windows 10 PC. See below for more informations.
Special Edition
Standard Edition
Compare Choose & Buy Download (772)