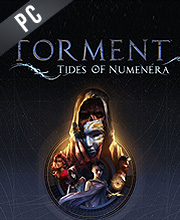 What is Torment Tides of Numenera CD key?

It's a digital key that allows you to download Torment Tides of Numenera directly to PC from the official Platforms.

How can I find the best prices for Torment Tides of Numenera CD keys?

Allkeyshop.com compares the cheapest prices of Torment Tides of Numenera on the digital downloads market to find the best sales and discount codes on trusted stores.

Torment: Tides of Numenera is an adventure, strategy role-playing game developed and published by inXile Entertainment. Get to enjoy this next chapter in the Torment legacy.

From the makers of Planescape: Torment and powered by the Pillars of Eternity technology comes Torment: Tides of Numenera (based on the Monte Cook Numenera setting).

Survive the journey the Ninth World as a brand new mind in an ancient body by Changing God. Go on a journey with a few strange companions and deal with the unstoppable creature named Sorrow!

The game offers a story that is thematically satisfying. Here, your choices will lead the story. Your words and actions shall be your primary weapons.

You will be met by a great narrative, beautiful visuals and a different and interesting battle. The combat’s Crisis System will give you a whole new take on battles. Also, get to enjoy the social interactions in the game as well as the environment puzzles.

What does one life matter? Find your answer in Torment: Tides of Numenera.

Day One: Base game + Official Soundtrack + Digital copy of the Traveler’s Guide + Digital reward. (This is a restricted product and it can be activated and played ONLY in Europe.)

Zoom 1m 3m 1y All
Track product
GOG.COM CD KEY : You need to register on Gog.com, then use the GOG Key to download and activate your game to play Torment Tides of Numenera.
ORIGIN CD KEY : Use the Origin Key Code (Electronic Arts - EA) on Origin Platform to download and play Torment Tides of Numenera. You have to login to your Origin Account or create one for free. Download and install the Origin Software HERE) then you can activate the game on it. Once installed, start Origin, click on the Origin Tab and click on Redeem Product Code and just enter the key. The game will appear in your My games list.
STEAM EMEA KEY : What is Steam Key EMEA signification? EMEA means for Europe, Middle East and Africa and several other countries. Please read the store description about country and language restrictions to know which are concerned. Use the key to Download and play Torment Tides of Numenera on Steam.
EU STEAM CD KEY: Requires an EUROPEAN IP address or you must activate it with a VPN (Virtual Private Network) in order to play Torment Tides of Numenera. Might have languages restrictions or language packs. Read the description on the store game page to know if the EU IP is only needed for activation or for playing also (maybe on EU Servers). Most of the stores offer you their help, or show you how to do this with a tutorial to follow.
STEAM CD KEY : Use the Steam Key Code on Steam Platform to download and play Torment Tides of Numenera. You must login to your Steam Account or create one for free. Download the (Steam Client HERE). Then once you login, click Add a Game (located in the bottom Left corner) -> Activate a Product on Steam. There type in your CD Key and the game will be activated and added to your Steam account game library.
Windows 10 Global : This is an Worldwide Microsoft code to play on PC for Worldwide . You need to have installed Windows 10 Anniversary Edition update on your PC. Log into your Microsoft account to download and play. Read closely the description given by the store to activate your game.
Bonus Edition
DLC
Dayone Edition
Legacy Edition
Limited Edition
Standard Edition
Compare Choose & Buy Download (759)

HRK Games has the best price at the moment. I have bought there before and had no problems with them so happy to do so again. 🙂

The best shop to buy Torment Tides of Numenera is HRK

in my opinion, the best store to buy would be HRK due to it’s cheap price