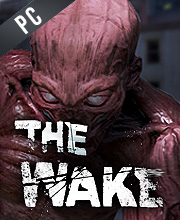 What is The Wake CD key?

It's a digital key that allows you to download The Wake directly to PC from the official Platforms.

How can I find the best prices for The Wake CD keys?

Allkeyshop.com compares the cheapest prices of The Wake on the digital downloads market to find the best sales and discount codes on trusted stores.

The Wake is an action video game that is developed and published by Inverse. This is a VR game, so a VR headset is required to play.

This is a survival game that is unlike any other survival game that you have played. Set in a room-scale, you would have to follow some characters through the game’s narrative that will actually play out in real-time. The movements are smooth and accurate as professionally motion-captured actors and actresses will be interacting with you.

Waves of mutated zombies are out to get you. All you have to do is survive which is easier said than done. Different resources will be available to you to fight off the enemies. There will be bats, bladed weapons, axes, guns, explosives, chainsaws but if you can’t find any, you can use your bare fists too!

The trick is to immerse yourself, adapt to your surroundings, and just flat out survive!

STEAM CD KEY : Use the Steam Key Code on Steam Platform to download and play The Wake. You must login to your Steam Account or create one for free. Download the (Steam Client HERE). Then once you login, click Add a Game (located in the bottom Left corner) -> Activate a Product on Steam. There type in your CD Key and the game will be activated and added to your Steam account game library.
Standard Edition. Read the store description to know the content.

Be the first one to write a review about The Wake !

This looks like a good zombie game but too bad it Requires a virtual reality headset to be playable.