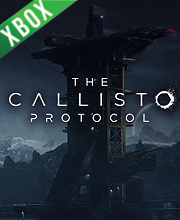 What is The Callisto Protocol Game Code?

It's a digital key that allows you to download The Callisto Protocol directly to Xbox One from Xbox Live.

How can I find the best prices for The Callisto Protocol on Xbox one?

Allkeyshop.com compares the cheapest prices of The Callisto Protocol on the digital downloads market to find the best sales and discount codes on trusted stores.

Get to play as Jacob Lee, a victim of fate placed into Black Iron Prison. Black Iron is a maximum-security jail located on Jupiter’s moon called Callisto. This narrative-driven third-person survival horror game is set 300 years in the future. An outbreak is causing the inmates to change into terrifying monsters. Jacob must survive by fighting his way out of the prison while investigating the dark and horrific secrets buried beneath the surface. Jacob must be quick to adapt in his ways because the monstrous creatures are rapidly changing. Scavenge for new weapons and gear. Build your skills in shooting and close-quarters combat to escape the horrors of Jupiter’s Dead Moon.

The Day One Edition comes with the base game and skins.

The Digital Deluxe Edition comes with the base game, skins, pack, season pass and DLC.