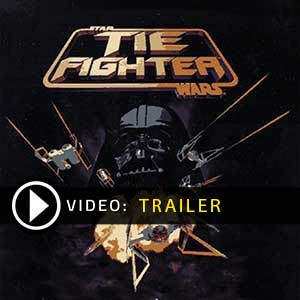 You can participate to these tests by adding comments about your digital download purchase in the store review page. Enjoy the best deals for Star Wars Tie Fighter CD Key with Allkeyshop.com!

Star Wars: TIE Fighter is a space flight simulator/ space combat videogame, is the sequel to Star Wars: X-Wing. The game was developed by Totally Games and published by LucasArts.

This game follows the story of the Empire chasing down the Rebellion after the Battle of Hoth. Still unable to face the might of the Empire directly, the Rebels flee their no-longer-secret base and scatter, evading the Empire until they can find a new home.

The Imperial Navy is called upon to eradicate the last of the rebellion and restore law and order. As an Imperial Navy pilot, you will be hunting them down, destroying their convoys, and fighting them at every opportunity.

Step into a 3D world filled with Imperial and Rebel starfighters and be swept away with the storyline loaded with spectacular cinematic cutscenes! With you as a pilot the rebels doesn’t stand a chance. Glory and Honor will be bestowed upon you by Lord Vader and the Emperor himself. You are the elite. Pilot the newest and most advanced tie fighters!

Region
Steam : STEAM CD KEY : Use the Steam Key Code on Steam Platform to download and play Star Wars Tie Fighter. You must login to your Steam Account or create one for free. Download the (Steam Client HERE). Then once you login, click Add a Game (located in the bottom Left corner) -> Activate a Product on Steam. There type in your CD Key and the game will be activated and added to your Steam account game library.


Steam EU : EU STEAM CD KEY: Requires an EUROPEAN IP address or you must activate it with a VPN (Virtual Private Network) in order to play Star Wars Tie Fighter. Might have languages restrictions or language packs. Read the description on the store game page to know if the EU IP is only needed for activation or for playing also (maybe on EU Servers). Most of the stores offer you their help, or show you how to do this with a tutorial to follow.


Gog.com : GOG.COM CD KEY : You need to register on Gog.com, then use the GOG Key to download and activate your game to play Star Wars Tie Fighter.


Bundle : Bundle. Read the store description to know the content.