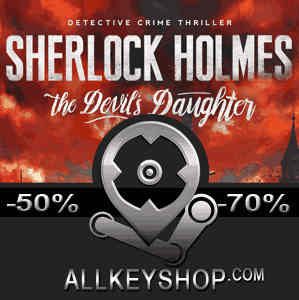 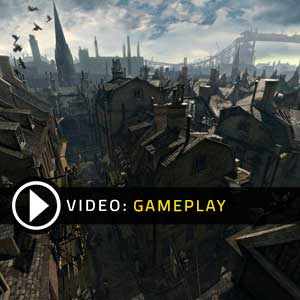 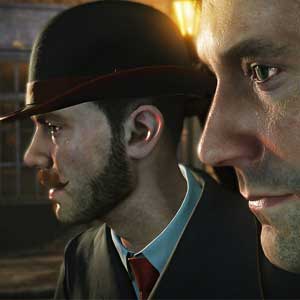 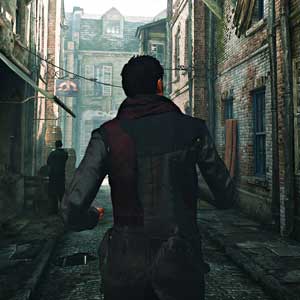 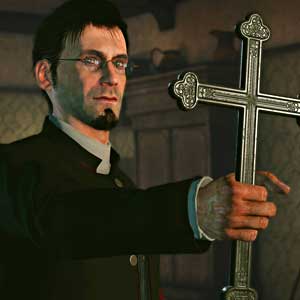 You can participate to these tests by adding comments about your digital download purchase in the store review page. Enjoy the best deals for Sherlock Holmes The Devils Daughter CD Key with Allkeyshop.com!

Sherlock Holmes: The Devil’s Daughter is an adventure videogame developed by Frogwares and published by Bigben Interactive. The game is part of the Adventures of Sherlock Holmes series.

Like any other game in the series you will play as the well known detective Sherlock Holmes with his trusty sidekick Dr. John H. Watson. This is a detective adventure game where you get to solve a series of puzzles by finding clues and evidence. The game will consist of a main mystery as well as side puzzles that you can solve.

Sherlock Holmes: The Devil’s Daughter will give you the ability to “freely roam an expansive landscape of playable terrain,” for the first time in the game’s franchise.

Solve the mystery of “Katelyn” in Sherlock Holmes: The Devil’s Daughter.

STEAM CD KEY : Use the Steam Key Code on Steam Platform to download and play Sherlock Holmes The Devils Daughter. You must login to your Steam Account or create one for free. Download the (Steam Client HERE). Then once you login, click Add a Game (located in the bottom Left corner) -> Activate a Product on Steam. There type in your CD Key and the game will be activated and added to your Steam account game library.
EU STEAM CD KEY: Requires an EUROPEAN IP address or you must activate it with a VPN (Virtual Private Network) in order to play Sherlock Holmes The Devils Daughter. Might have languages restrictions or language packs. Read the description on the store game page to know if the EU IP is only needed for activation or for playing also (maybe on EU Servers). Most of the stores offer you their help, or show you how to do this with a tutorial to follow.
EPIC GAMES KEY : Region Free / Worldwide. Requires Epic Games Launcher App in order to play the game. You need to create a free account here in order to download Sherlock Holmes The Devils Daughter from Epic Plateform . Read the description on the store page about any language or country restrictions.
GOG.COM CD KEY : You need to register on Gog.com, then use the GOG Key to download and activate your game to play Sherlock Holmes The Devils Daughter.
Standard Edition. Read the store description to know the content.

thank u allkeyshop for this game .. good offer from u .

CDkeys.com would be a wise choice to purchase it from. 😛

cdkeys.com has the best price so I would buy it from there.