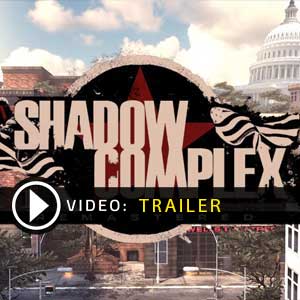 It's a digital key that allows you to download Shadow Complex Remastered directly to PC from the official Platforms.

How can I find the best prices for Shadow Complex Remastered CD keys?

Allkeyshop.com compares the cheapest prices of Shadow Complex Remastered on the digital downloads market to find the best sales and discount codes on trusted stores.

Shadow Complex Remastered is an action video game developed by ChAIR Entertainment and published by Epic Games. The game was originally released in 2009 and it garnered so much popularity that it won multiple game of the year and editor’s choice awards.

Once again, get to follow Jason Fleming and his girlfriend Claire in the Olympic Mountains, as they get lost in a cavern and stumble upon a massive underground complex that is being run by a military faction called the Progressive Restoration. This faction plans to launch attacks on the United States and you must stop them.

Shadow Complex Remastered will give you an exciting single-player experience in an open world design. It is a side scrolling game where the world evolves as you progress through the game. Gameplay is absolutely intense with its legions of enemies and hard to beat boss battles. Mixed with its captivating storyline, one can get really hooked on the game.

With all the game’s enhancements combined with the old elements that made this a great game, you will definitely have a grand time playing.