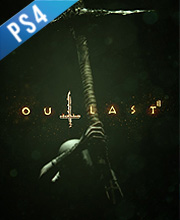 What is Outlast 2 Game Code?

It's a digital key that allows you to download Outlast 2 directly to Playstation 4 from PSN (Playstation network).

Outlast 2 could well be the scariest horror game I have played to date. There were a few very minor gripes, but the isolation, desolation, and desperation were noticeable throughout. The sense of fear was more impactful than in the first game, and there were parts where I played hiding behind anything I could get my hands on. I went to Temple Gate, and I did not enjoy my stay. And by that statement alone, I have to applaud Red Barrels for creating such a brilliant game.