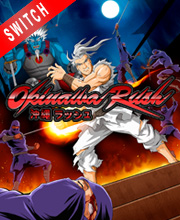 It's a digital key that allows you to download Okinawa Rush directly to Nintendo Switch directly from Nintendo eShop.

How can I find the best prices for Okinawa Rush on Nintendo Switch ?

A love letter to days of ninja platforming past, Okinawa Rush is a tough-as-teak challenge that will keep you glued to your Switch.