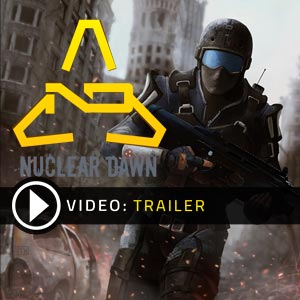 What is Nuclear Dawn CD key?

It's a digital key that allows you to download Nuclear Dawn directly to PC from the official Platforms.

How can I find the best prices for Nuclear Dawn CD keys?

Allkeyshop.com compares the cheapest prices of Nuclear Dawn on the digital downloads market to find the best sales and discount codes on trusted stores.

Nuclear Dawn is a post-apocalyptic first-person shooter/real-time strategy hybrid video game developed by InterWave Studios and published by Iceberg Interactive. It is the first EVER game to offer a full FPS and RTS experience within a single game model that balances both genres in one action-packed package.

You will take on the role of a soldier, explore war-torn post-apocalyptic landscapes, modeled on modern cities, and take the fight to your enemies as armored, assault or stealth infantry. You will pick between two factions: The Empire and the Consortium. Each faction has four classes with various kit load outs, totaling over three dozen weapons. You will be using various weapons across ten distinct load-outs to accomplish your objectives.

Overall Nuclear Dawn is an amazing game. It is a super tactical version of Counter Strike with a mix of RTS. You can be a sneaky ninja, or an engineer to repair the buildings; you can flame thrower the life out of people, or you can snipe; you can use a rocket launcher, or a pistol; you can just be a soldier, or you can lead an army. Produce structures, research high-tech infantry, unleash devastating strikes on the enemy, and lead your team to victory!

STEAM CD KEY : Use the Steam Key Code on Steam Platform to download and play Nuclear Dawn. You must login to your Steam Account or create one for free. Download the (Steam Client HERE). Then once you login, click Add a Game (located in the bottom Left corner) -> Activate a Product on Steam. There type in your CD Key and the game will be activated and added to your Steam account game library.
STEAM GIFT : A Steam gift is a one-time transfer you receive. You activate and install Nuclear Dawn to play on Steam, it is a non-refundable game that stays in your Steam games collection. Please read the store description about any language or region restrictions.
EU STEAM CD KEY: Requires an EUROPEAN IP address or you must activate it with a VPN (Virtual Private Network) in order to play Nuclear Dawn. Might have languages restrictions or language packs. Read the description on the store game page to know if the EU IP is only needed for activation or for playing also (maybe on EU Servers). Most of the stores offer you their help, or show you how to do this with a tutorial to follow.
Standard Edition. Read the store description to know the content.

Be the first one to write a review about Nuclear Dawn !

really cheap on cjs keys.. worth buying only on sale..